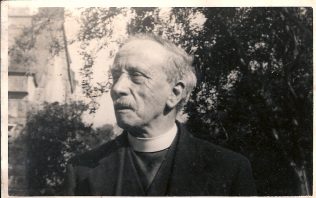 Frederick Pennock was born in York on the first of June 1872. His father was a carriage builder in the railway works. His father, a joiner, came to York from a Pickering milling family. His mother, who lived in York before she met her husband, was a member of the Stonegate Primitive Methodist Church and it is most likely that through her Frederick Pennock began his life-long commitment to the Primitive Methodists. A brief biography is in The Methodist Local Preachers Who’s Who, 1934. His first formal link with the Primitive Methodists dates from his appointment as a lay preacher in 1881 when he was just nine years old. This may be a misprint but Primitive Methodists seem to have encouraged ‘boy evangelists’. He began his working life in the second half of the 1880s and was recorded as a ‘Clerk’ in 1891. It is possible this post was in the railway works of the North Eastern Railway in York. He spent one year as an evangelist in York (from 1895) and then moved to Luton for two years (1896-98). In 1898 he moved to Stony Stratford, near the London North Western Railway workshops in Wolverton. Here he met his future wife, the 26 year Florence (Flo) Eales, the daughter of a local draper. He moved to Burham on Crouch (Essex) as an evangelist in mid-1900, returning very briefly to Stony Stratford for his marriage in the Baptist church in December of that year. Frederick and Flo went on to have six children. Their first child died of TB at the age of 18 and their last child died of meningitis at the age of 2.

He and Flo were in Burnham on Crouch, Essex, until mid 1903. From here they moved to Haywards Heath in Sussex in 1904 where he had a very successful period as a Primitive Methodist Minister. He actively encouraged the Christian Endeavour Movement in the town and supported the National Passive Resistance Committee who led a campaign objecting to the use of rates for C of E and Roman Catholic schools. He then had a brief stay in  Edinburgh in 1907/8. He returned to Yorkshire in 1908, aged 37, and for three years was a Hired Local Preacher working with the Primitive Methodists within the Driffield Circuit living, for short periods, in Great Driffield, Little Driffield and Nafferton. He was a key member of the local Brotherhood men’s group within the Diss PM chapel. There then followed a major change of direction in that, over the next fifteen years from 1911 to 1926 (between the age of 39 and 54), his evangelical work was primarily in the coalfield areas, around Consett (1912-15), South Wales (1917-1921) and Nottinghamshire (1921-26). The only interruption was a brief spell from 1915-1917 in Armley, Leeds. Surprisingly, he then turned his back on the coalfields and moved in 1926, in his late fifties, to the market town of Diss in Norfolk where he became Superintendent of the Diss Circuit. He left the Diss circuit in the summer of 1931 and he is recorded as retired in the Local Preachers Who’s Who of 1934 published shortly after the Methodist Union. He had moved back to his wife’s home area of Stony Stratford. It is thought he became dissatisfied with life in retirement and hence he came out of retirement and arrived in Barningham as a Lay Agent in 1936. By returning to Barningham he was returning, in some senses, to his family’s roots in Yorkshire.

The arrival of 64 year old Frederick Pennock in Barningham was noted in the Teesdale Mercury where it was recorded on 26 October 1936 that he had ‘newly arrived’. He and Flo lived in Wesley Cottage for the majority of their time in Barningham. While living in the village, he seems to have been ‘in charge’ of the Barningham Methodists and would have frequently taken the services in the Barningham chapel. He also had links with the Methodist Chapels in nearby Dalton and Newsham. In November 1938, he took the afternoon harvest festival service in Newsham. Participation in harvest festival activities in Newsham was repeated again in 1939 when the festival included a meeting presided over by Flo Pennock and, at which, he gave the address. As the Barningham chapel was in the Barnard Castle circuit, he also preached in that town six to eight times a year in either the Newgate (now demolished) or Trinity (current Methodist) churches. Indeed, on Temperance Sunday in November 1938, he preached at both churches; one in the morning and one in the evening.

Of course, in addition to leading services, he had a wider role in church life. One speciality was to give ‘lantern lectures’ during which his wife Flo ‘manipulated the lantern’. He is recorded as giving these lectures primarily in Barningham but with occasional lectures in Dalton and Newsham. The lectures reported in the local press suggest he talked around four topics. Firstly, he spoke on his own life including talks on My Visits to Scotland and Wales and My Experiences as a Home Missionary. The former included views of Edinburgh, Glasgow, Monmouth, Tenby and Pembroke. Secondly he lectured on the work of missionaries overseas and evangelists at home who included Rev Lyon: Methodist Missionary and Peter Mackenzie. The Rev Lyon was a missionary to the Batonga tribe (in the Zambezi valley) whilst Peter Mackenzie was a much admired, popular, Scottish preacher and lecturer who travelled widely as an evangelist, mainly within the UK. Thirdly, Pastor Pennock spoke on topics of more general interest such as Curious Epitaphs and Until. The latter was a tale of the Great War-and was said to be an ‘interesting pictorial story’. In the fourth and final category he explored a key Methodist theme in a lecture entitled Engine Bill: A True Temperance Story. The Peter Mackenzie lecture was a repeat of a talk he had given some years earlier in Diss.

Usually, at least according to local newspaper correspondents, there was ‘a good congregation’ for these lectures and they were ‘much enjoyed’. Lectures were sometimes accompanied by social events. In Barningham there were a ‘series of socials which (had) been very successful’. At one of the socials, a lecture was given accompanied by a church supper where one of the ‘officiating ladies’ was Flo Pennock. Similarly, at a Home Missionary meeting in Newsham his talk was accompanied by vocal selections including ‘a duet by Mrs F J Pennock and Mrs Keenleyside’. Organising choir concerts by the Staindrop Methodist Choir seems to have been another speciality. In Barningham ‘a concert was given by the Staindrop Methodist choir’ (March 1938) and another ‘sacred concert’ in Dalton (April 1938). At both concerts, Pastor Pennock proposed the vote of thanks. These concerts were repeated in Newsham in November.

Perhaps, inevitably, he was also involved in fund raising. In March 1938 a lecture in Barningham was followed by ‘a collection in the aid of church funds’ whilst in Dalton November 1938 saw a ‘jumble sale and sale of work in aid of the renovation fund…Mrs F J Pennock was on the ‘fancy stall and Pastor F J Pennock was one of the gentlemen who rendered valuable assistance The amount raised was £7 16s. The effort was splendid success’ . A lecture in Dalton in January 1940 was accompanied by a collection ‘for the paving of the path leading to the church which is much in need of repair’. A further lecture and talk in March was also to collect funds for the Dalton path.

Not all events were aimed at fund raising. In January 1940, he and his wife attended the ‘winter treat of the Sunday school connected with the Methodist Church at Dalton which was held in the National School….. there was a good attendance by children and friends…(and)… Pastor and Mrs F J Pennock were present. It was a most enjoyable evening’

In the 1939 record of the residents of Barningham , compiled as part of a UK wide study by the government, he is described as a ‘lay pastor’ and his wife as an ‘unpaid domestic worker’ In June 1940, he resigned the position of Lay Agent in Barningham ‘on account of ill health’ (Teesdale Mercury 19 June 1940). What were probably his farewell services were held in Barnard Castle on 23 June 1940 (one in Trinity am and one in Newgate pm) and he and Flo went to live with their daughter Grace in Wolverton near Stony Stratford. Less than a year after returning to the Stony Stratford area from Barningham (and a few months before I was born) he died of a stroke aged 68 on 31 May 1941 and was buried in Wolverton cemetery. Flo lived to 94 and died in 1968. I was privileged to know her well between the late 1940s and 1968. Sadly, like many family historians I never questioned closely this key witness of our family history.