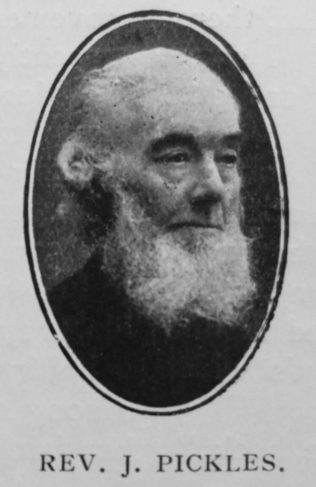 A transcription of the obituary published in the Primitive Methodist Magazine by J Learmouth is attached. He writes as follows.

“As a preacher he had native eloquence and a fervent spirit. He possessed an intimate knowledge of the scriptures, and his sermons were full of Biblical references and quotations. His conduct of public worship was marked by great reverence. His prayers, too, revealed a close acquaintance with the devotional portions of the Old and New Testaments. As a student he enjoyed the perusal of ancient and modern history, both sacred and secular. He had a marvellous memory for dates, and was specially accurate in details. He possessed considerable knowledge of Methodist history.”

Jeremiah was born on 28 November 1841 at Trawden, Lancashire, to parents David and Alice. His mother died whilst he was in infancy and as a consequence he was brought up by his grandmother.

Before entering the ministry Jeremiah worked as a green grocer (1861).