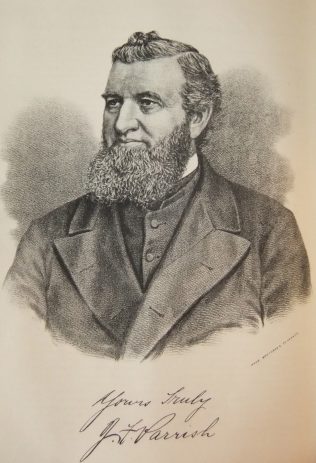 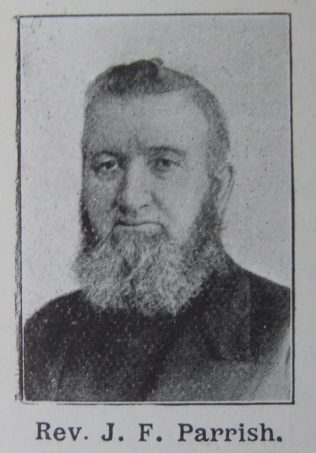 John was born on 12 February 1836 at Theddlethorpe, Lincolnshire to parents William Parrish and Ann Freshney. William was a shoemaker.

As a child John attended Established Church services, and for a time, was a choirboy. The breaking of his voice led him to be free to attend services at the PM Chapel. He attributed his conversion to the labours of Parkinson Milson. John was essentially self-taught following his conversion. He was soon a local preacher and within two years went to Scarborough as a hired local preacher.

In 1851 John was working as a farm labourer.

Most of John’s ministry was within the West Riding of Yorkshire. When in the prime of his life, John was often immersed in building schemes or debt reduction work.

For years he was District Building Secretary. As an administrator he excelled, his knowledge of Connexional law and usage gave him the position of an expert amongst his brethren.

His obituary records that John was one of those brave and judicious men who, in our transition from the older to the newer primitive Methodism, gave steadiness and tone to the movement, and by the intelligence, tact and fine temper of Mr Parrish and kindred spirits, there has come to our community many important reforms without any serious eruption.

Following the death of his wife, John’s sister kept house for him for 20 years.