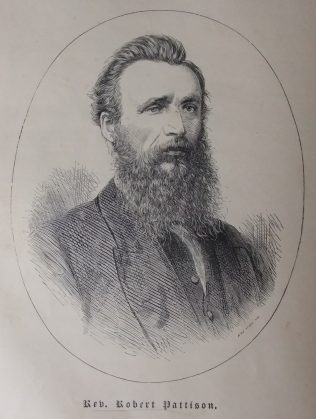 As a child, Robert moved with his parents to Muggleswick where he was converted. He soon became a local preacher in the Hexham circuit.

At the end of his active ministry, it appears that Robert retired reluctantly; he was superannuated by Conference not by choice or application.

His obituary records that his fine catholicity of spirit, his complete freedom from bigotry, his optimistic temperament saved him from being a fossilised dogmatist and won and kept him the esteem and honour of his brethren, as a workman that needeth not to be ashamed, handling aright the Word of Truth.