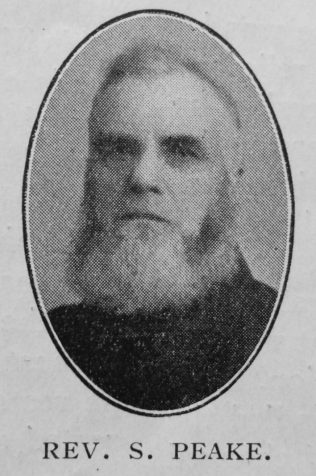 A transcription of the obituary published in the Primitive Methodist Magazine by Arthur S. Peake is attached. He writes as follows.

“If I rightly understand him, he was by nature of a moral rather than religious temperament. After his conversion he was a deeply religious man, reverent, devout, given to prayer and meditation, concerned for his own salvation and the salvation of others. But primarily, I think, religion for him rested on morality; he gave himself to God, because that was his duty. His experience in conversion, however, and in his Christian life kindled the morality to an intense glow, and charged it with a more thrilling emotion. Hence he found himself at home in the torrential evangelism of his earlier period, though he was always alert in his distrust of mere feeling, and inflexible in applying the ethical test.

He had great gifts as an evangelist. He accepted with unquestioning conviction the old-fashioned evangelicalism; his message was never paralysed by the modern misgivings or attenuated by modern sentiment. In his late years he perhaps yielded something to the time spirit, but not so as to weaken the affirmations on which his ministry had rested. He had a passionate earnestness, deep pity for the unconverted, unfaltering faith in Christ’s power to save the worst, a faith abundantly verified in the course of his ministry.

He had in a remarkable degree the faculty of appeal, an appeal sometimes of tremendous force. The sense of urgency was especially noticeable. But he was never a mere revivalist; he laid much emphasis on the fruits of the Spirit, and as one who claimed to have received “the second blessing,” was in full sympathy with the holiness movement, and often preached the doctrine and pressed home the privilege of entire sanctification. Some of the conventions for the deepening of spiritual life which he held on his circuits are still remembered for their astonishing spiritual intensity.”

Samuel was born on 12 December 1830 at Wheaton Aston, Staffordshire, to parents Benjamin Peake and Susannah Foster. He was baptised on 16 January 1831 at Brewood Independent Chapel, Staffordshire.

Before entering the ministry Samuel was a cordwainer (1851).

He married Elizabeth Gwillam (abt1847-1936) in the summer of 1889 in the Church Stretton Registration District, Shropshire.