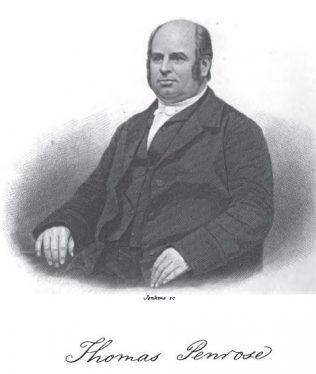 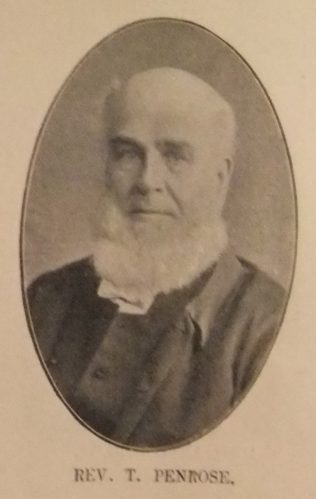 Thomas was born on 31 May 1815 in Knaresborough, Yorkshire. He was educated at a Church of England School.

Thomas had been a local preacher and was deemed ready for wider ministry by the age of 19.

Whilst in London he originated the Annual Metropolitan Missionary Meeting, initially at Bloomsbury chapel and later at Mr Spurgeon’s Tabernacle. In 1867 he became Secretary of the Metropolitan Chapel and School Building Fund, a role he held until his death.

His obituary records: ‘ He had a genial presence, a magnificent voice, a mind well stored with biblical and theological truth, and a heart full of sympathy with sinning and suffering humanity.’

Thomas died on 26 October 1888 at Reading, Berkshire, almost four weeks after his wife.