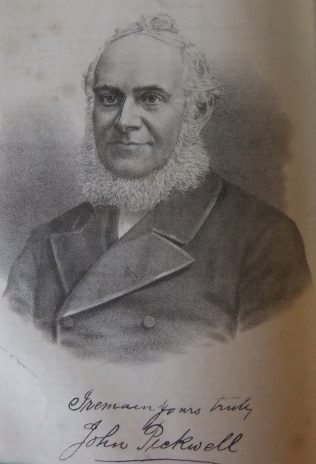 John was converted aged 13. At 15, he was a fully accredited local preacher in the Horncastle circuit.

His obituary describes John as an orthodox Methodist.

The early part of his ministry was attended with many privations, much preaching, long journeys, and a very limited income. And yet his was a ministry of great joy and much blessing.

As a preacher he was evangelistic. He aimed at conversion of his hearers. His sermons to the church were expository and practical. He was more useful than ornamental.

His great power was in the prayer meeting. There he was a master. He had a way of raising it to a pitch of earnestness and enthusiasm.

As a pastor he was diligent.