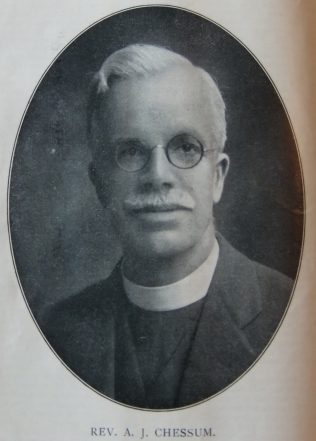 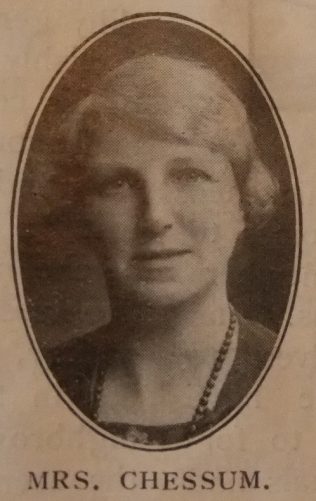 Albert was born in 1877 at Bicester, Oxfordshire, to parents Samuel and Sarah. Samuel, a tailor, was a local preacher in the Wesleyan community. The family moved to Dunstable when Albert was a boy. There he had his first contact with Primitive Methodism. Sunday School secretarial duties were assigned to him and he became a candidate for the preaching plan. While a pupil teacher in the day school, Albert was brought into touch with Rev Joseph Odell, who urged him forward into the work of evangelism that found its chief centre in the slums of Birmingham.

Whilst at Warrington during World War 1, Albert worked in connexion with Lord Derby’s Military Hospital.

After superannuating in 1948, Albert served for two years as an active supernumerary at Doncaster, Yorkshire.

His obituary records that there was a compelling note to Albert’s preaching, as it was the dominant purpose of his ministry. He trained his mind with a careful selectiveness and kept abreast of world affairs. There was no wonder that his people felt for him an affection of rare quality. They knew that he knew, believed in them, and loved them, and that out of his rich experience he gave them of his best.