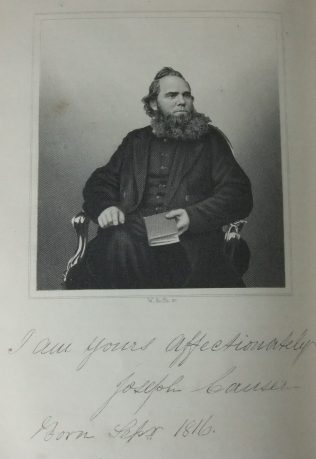 Joseph was born on 25 September 1816 at Norton, Shropshire. In his early years Joseph was religiously disposed and was inclined to join with the Society of Friends. However, the conversion of his mother through the Primitive Methodists led him to attend their services and ultimately resulted in his own conversion. Joseph went on the plan in 1838.

He wrote on his own copy of the plan; ‘The first plan my name ever appeared on. O Lord help me to live to Thee, and to be useful.’