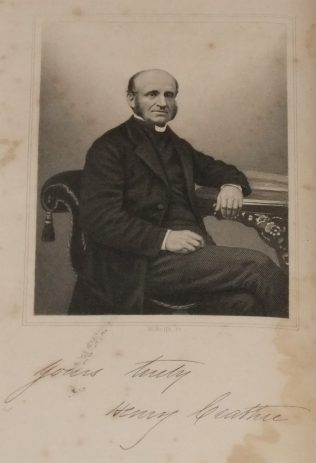 Henry was born in 1824 at Bradford, Yorkshire to parents William Crabtree and Mary Blakey. He was baptised on 18 August 1824 at St Peter, Bradford. The parish record gives William’s occupation as a comber.

Henry was converted through Wesleyans in Bradford but appears to associated himself with Primitive Methodists shortly afterwards in the autumn of 1843.

In his obituary, Charles Smith writes; ‘His piety was unquestionable, and as a preacher he was of average ability, and as a rule he did well in his stations.

His sermons were plain and practical and he had considerable success in winning men to a holier and better life. As a superintendent he was diligent and painstaking and exceedingly conscientious in adhering to Connexional rule and discipline.

Henry married Esther Ann Garner (1837-1889) at Sculcoates, Yorkshire in the summer of 1882. Esther was the widow of Jabez Chaplaine Garner.