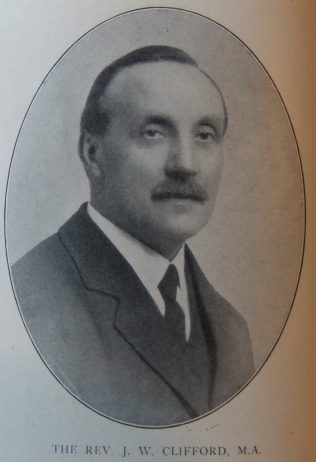 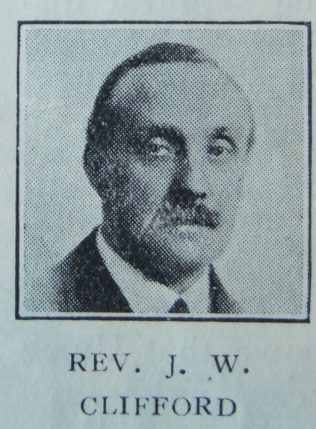 John was born in 1879 at Oxford, Oxfordshire, to parents Jabez James Clifford and Louisa Ellen Maria Bough. Jabez was a tailor.

When Oxford University was opened to nonconformists, John was one of the first to graduate, taking a degree in classics. He worked as a teacher before entering the ministry.

From 1920 to 1925 John served as Secretary of the Probationers’ Examination Committee.

His obituary records that his preaching was of high order, and he gained the lasting affection of those to whom he was pastor. In 1929 he contributed the Morse lecture, which was entitles ‘Capturing Youth’ and which formed a stimulating handbook for senior workers.