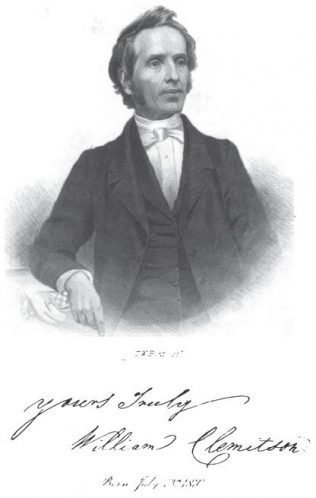 William was born on 13 July 1810 in Allentown, Nortumberland.

Petty relates that in the summer of 1823, the Hull circuit sent William and William Harland to mission in the area of Portsmouth and the Isle of Wight. Despite many efforts after 11 months the number of members on the Isle of Wight was only 50. Their efforts in Portsmouth were even less successful due to the nature of the resident population and the migratory habits of the naval and military inhabitants.

Whilst superintendent at Stockton in the autumn of 1844, William had a ‘run in’ with the Mayor. It had become usual for preachers to hold open air worship at the Cross in Stockton at 5 pm on Sunday afternoons. Complaints were made to the Mayor, who sent a policeman to William to inform him that preaching at the cross should be discontinued. William consulted a solicitor and identified there was no local act that forbade open air preaching. The following Sunday, William conducted a service at the Cross. A larger crowd than usual was present. The next day a summons was issued for William to appear before the magistrate on the following Saturday. A local member of the Society of Friends and the Wesleyan Minister, Mr Walker, interceded on behalf of William and the Mayor backed down. An hour before he was due to meet the magistrates, The Mayor sent a message to William that the case would not be brought.

Patterson records the laying of the foundation stone for the Jubilee Chapel in Durham on 22 October 1860. ‘ Headed by William Clemitson and Edward Rust, a procession started from theMayor’s chamber. Sir William Atherton (then Solicitor General) and Mr. John Bramwell (Recorder of Durham), had conspicuous places in the procession, and were followed by a number of ministers of various denominations, by officials of the Durham Circuit, and by a multitude of others. The ceremony was performed by the member of Queen Victoria’s Government named, who was also one of the representatives of the city in Parliament, in the presence of about two thousand people. ’