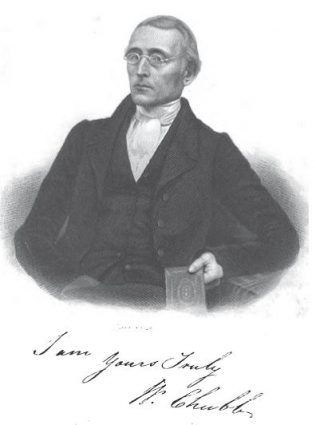 William was born on 10 April 1808 at Derrill, Pyworthy, Devon, to parents William Chubb and Elizabeth Colmer.

William attended a Primitive Methodist camp meeting in 1829, which led to his conversion. He soon engaged in two years of local ministry before becoming a travelling preacher. His obituary records that William laboured with zeal, general acceptance and success at his stations. Sadly his health failed in 1866 and he had to apply for superannuation.