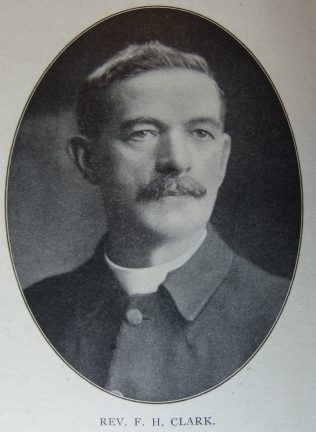 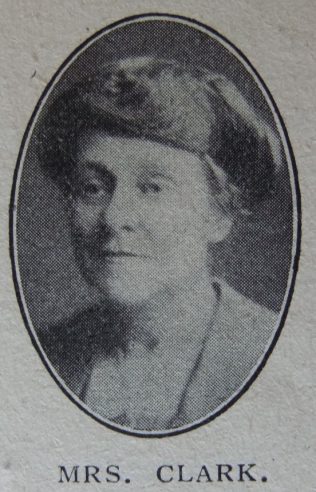 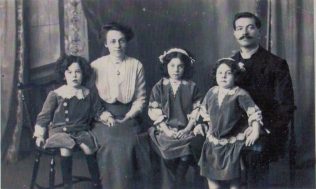 zoom
Picture taken circa 1915. From left to right as viewed the children are Eric Howard, then Mavis Freda, and finally Zoe Katherine (sitting with her father)
Hampshire Record Office: 58M75/NMC68 through Noel Clark

Frederick was born in 1878 at Springfield, Chelmsford, Essex, to parents Henry and Phoebe. Henry, a butcher, was an Alderman, a local preacher for over sixty-seven years and Chelmsford Station Circuit Steward for more than fifty years.

Frederick yielded his life to Christ in 1894 when sixteen years old. Within three years, he toured the villages with a mission van and witnessed numerous conversions. For a period he then served Poole circuit as a Lay Agent before entering Hartley College.

His obituary records that it was Frederick’s supreme joy to be a Methodist preacher, and to that work he gave both heart and mind. The calibre of the man may be gauged from the fact that he successfully maintained a nineteen years’ ministry in a London suburb. By concentrated and painstaking work he gained a respect and influence which went beyond his pastorate. His reliability and sincerity made a deep impression.

Public and social questions attracted him. Strong convictions, linked by a firm hold on principles and warmed by deep feeling for all who suffered, gave him a keen concern for social reform. More than once he was approached with a view to standing as a candidate for Parliament, with a high probability that he would be successful.

He was a great friend, loyal and steadfast, and wherever he laboured he won the confidence and affection of his people.

Frederick was compelled to retire through ill-health in 1939.