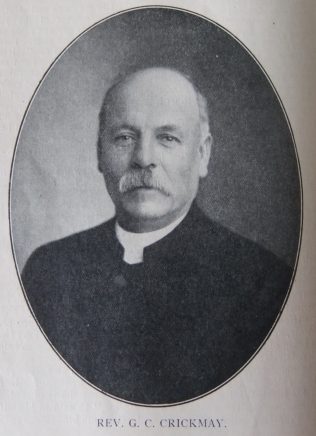 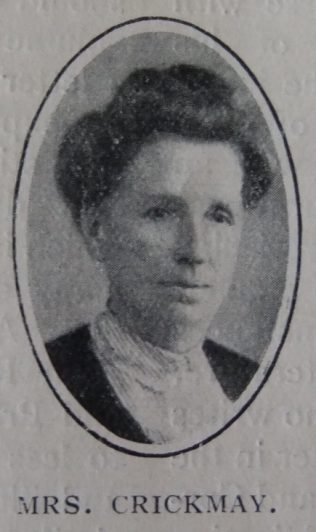 George was born in 1856 at Hindon, nr Motcombe, Wiltshire to parents George Crickmay and Pamela Jukes. His parents belonged to the Established Church. George, senior, was a carpenter. George was baptised on 14 September 1856 at Hindon.

In January 1874, under the ministry of Rev J Richards, he decided for Christ, and shortly afterwards became a local preacher. George worked as a general labourer before entering the ministry.

Whilst at Oxford, George’s health broke down and for several months he was laid aside. His wife stepped in to work untiringly to preserve the life of the church. George then went to Caledonian Road as second minister on account of his health.

At Grays, under his supervision structural alterations were affected in the church and a new organ installed, whilst the whole premises, including the schoolroom, were thoroughly renovated. This was achieved largely by the voluntary labour of the minister and his people.

George served as district meeting secretary and was a member of the General Committee.

George superannuated in 1916 owing to asthma trouble and continued to live in Bournemouth for several years before moving to Blackheath to be near his family. After the death of his wife, George moved to Muswell Hill.

George died on 28 March 1930 at Hornsey, Middlesex. He was interred at Malmesbury Cemetry near his wife.