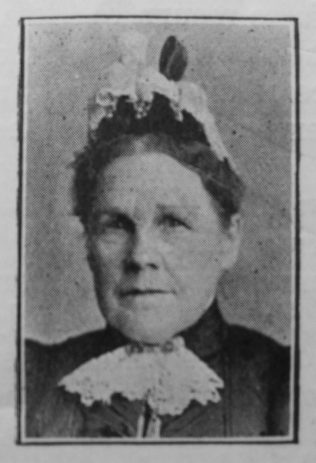 Transcription of Obituary in the Primitive Methodist Magazine by H.J.T.

Mrs. Catchpole changed mortality for life on Monday, January 9th, 1907. Although in her eightieth year her illness was only of a few days’ duration. Eight days ere her departure, she attended public worship in Holywell Cross Church, and lingered for the New Year’s Covenant service. She loved the place of prayer.

Mrs. Catchpole had been associated with the Chesterfield Church for over forty years. She went to the town with her brother, the late Rev. John Haigh, when he became the Superintendent of the circuit. In the old Beetwell Street Church, and since 1875 in Holywell Cross, she has been among the most devoted of workers.

Her husband has been among the outstanding laymen of the district. No less than six times has he been a delegate to Conference, and in ecclesiastical statesmanship he has been in the front rank. And in all this Mrs. Catchpole was a true helpmeet.

Her cheery presence will be much missed, by him and all others, and her untiring devotion will remain as a fine example.

A special memorial service was held in Holywell Cross Church, conducted by the Rev. H.J. Taylor, the Revs. J.W. Fryer, and J. Annison taking part. Professor Humphries, a former minister of the Church, wrote, “It is seldom that a church was so fortunate as to have such a member.”

A very large congregation, and the partial closing of shops during the burial, witnessed to the general esteem in which she was held.

A special In Memoriam service, largely attended, was held on the following Sunday morning, and wide-spread sympathy is felt for Mr. and Miss Catchpole.

A Mary Fox of Woolley, Yorkshire, father James, married John Catchpole (1843-1919), an ironstone miner (1861) and later a grocer, on 25 December 1863 at Chesterfield, Derbyshire. Woolley is the same location as the birthplace of Rev John Haigh, but I have not been able to link the Haigh-Fox surnames from on-line records.

Mary and John had one daughter, Emily (abt1869-1946). Emily assisted in her father’s business.