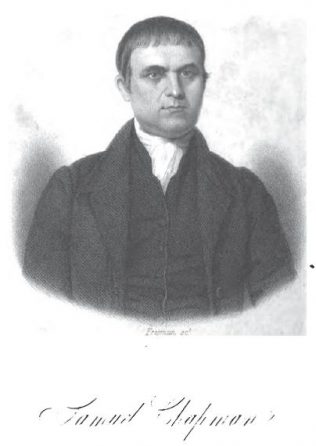 Samuel was born at Heckington, Lincolnshire on 6 March 1798 to parents Joseph Chapman and Ann Bowles. He was baptised on 21 June 1810 at Hecklington, aged 12, along with 6 other siblings.

Petty records that ‘Samuel and a colleague preached at Hitchin, Hertfordshire, on a few occasions in 1839, but that the persecution that befell him and his colleague caused them to relinquish the place.’

Samuel registered a chapel in a converted house in Magdalen Street, Colchester in 1824. The following year it was recorded as having 19 members, being part of the Norwich circuit.

Further information about Samuel’s ministry can be found on a page prepared by Norma Virgoe.

In retirement Samuel was a bookseller.