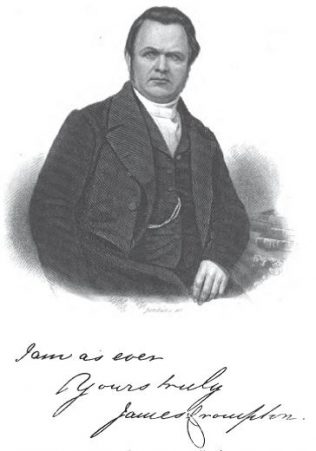 James was born on 7 July 1810 at Walkden Moor, Lancashire, to parents James and Mary. His mother was a godly woman who brought James up in the church. He was converted at the age of 17 and became a local preacher two years later.

His obituary records that James was ‘highly esteemed on all his stations and parted with regret.’ He was ‘a good, plain and successful preacher’.