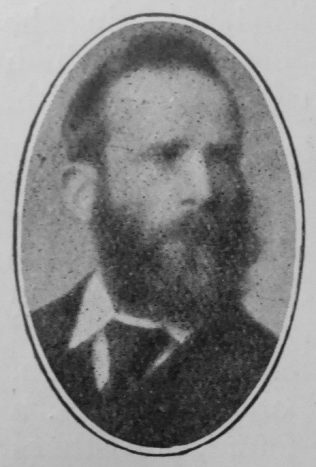 Thomas Pritchard was born at Alberbury near Asterley, in Ministerley Circuit, Salop, in 1836. While yet in his teens he was converted to God under the preaching of Richard Weaver. When about twenty-six years of age he married Mary Hughes, who now mourns his loss. Shortly after this they removed to Middletown in Welshpool Circuit, where he became a local preacher. After about four years they returned to Minsterley Circuit and remained there about four years.

In 1876, hearing of employment in connection with the coal trade of South Staffordshire, they removed thither and settled at Five Ways (now Heath Hayes). He was then about forty. His name soon appeared on the plan of Bloxwich and Cannock Circuit. During the next thirty years he rendered splendid help in building up our Heath Hayes Church and the Circuit. To reach his appointments he often walked on foot long journeys possible only to a strong man, and only a good man would have undertaken. He so grew in the confidence of his brethren that he was made leader of the Thursday evening class. After some years there was a change in his earthly duties, which prevented his attending in the evening. He then joined the Sunday afternoon class.

On the death of its leader, Mr. Levi Humphries, of blessed memory, he was appointed leader, and held that position to the great profit of the class up to the time of his own death in January, 1908.

Mr. Robert Humphries, now a colliery deputy, who when a lad, worked under Mr. Pritchard, says: “I never knew a more consistent Christian than Mr. Pritchard. He would do his duty to his employer at all costs, and see that everyone under him did his duty too; and yet during thirty years I never knew a harsh or unkind word to fall from his lips.”

He has left behind him a fragrant memory. ay God comfort and guide His dear ones who mourn his loss! May many such men of faith be raised up to serve the Saviour and hasten on the evangelisation of the world.

Thomas was born in 1836 at Alberbury, Shropshire, to parents James, who worked the land, and Mary. he was baptised on 1 January 1837 at Great Wollaston and Middletown, Shropshire.