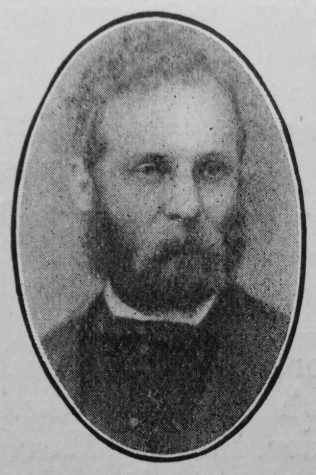 Transcription of obituary published in the Primitive Methodist Magazine by J.H. Hemshall

Elias Paxton was born at Newthorpe about seventy-seven years ago and died at Cossall, January 3rd, 1908. The whole of his long life was spent in or near the Kimberley and Ilkeston circuits. During the last twenty-five years he was engaged in farming at Cossall, which parish he represented on the Basford Board of Guardians, and also on the Rural District Council from 1891 up to the time of his death.

He was the oldest Local Preacher upon the plan. His good father, Robert Paxton, no doubt influenced him in that direction, as the family were associated with the inception of our cause at Beauvale, and assisted its early development. As a Local Preacher he served the circuit in his own hearty and sometimes humorous style, with much acceptance for many years. He had a generous heart and shared the joys and sorrows of those around him. Often would he talk with old friends about old times, and refer to his having heard William Clowes preach. But he did not wholly live in the past. His interest in public affairs continued through his latest years. He was about the farm until the last week of his life, and was not confined to his bed more than one day. His beloved wife died about four years before, leaving no children behind.

Prior to the interment, which took place at Kimberley Cemetery on January 7th, a service was conducted by the writer in the Primitive Methodist Church. A large representative company followed his remains to the grave, including the stewards, many officials and friends from the circuit; several members of the Board of Guardians, the vicar of Cossall, and representatives from the Ilkeston Agricultural Society. Later on a suitable memorial service was conducted in our Beauvale Chapel by Mr. G. Watson, a companion in toil of his earlier years.

Elias was born on 4 April 1831 at Newthorpe, Greasley, Nottinghamshire, to parents Robert, a coal miner, and Hannah. He was baptised on 4 May 1831 at Beggarlee PM chapel, Nottinghamshire.

He married Eliza Shaw (1827-1904) in the summer of 1858 in the Basford Registration District, Nottinghamshire.