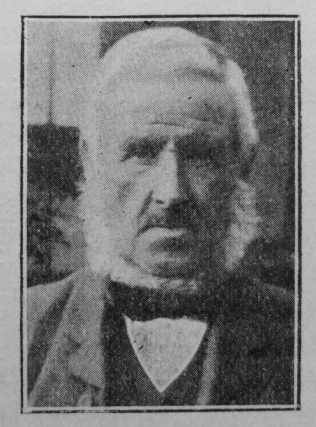 Transcription of Obituary in the Primitive Methodist Magazine by Isaac Brentnall

Mr. George Cumner, of Aberdare Circuit, is worthy of a name and place amongst the faithful number, whose lives have been spent in useful service in our Church.

He was born at Kintbury (then in the Newbury Circuit), on November 24th, 1839, and exchanged mortality for life, at Aberaman, on December 20th, 1904, leaving behind him a beloved widow and six children to mourn the loss of one of the best of husbands and fathers.

Soon after his twentieth year his soul was “born of God,” and he began to exercise his abilities as an exhorter on the Newbury plan, and being possessed of extraordinary ability as a public speaker he soon became famous throughout the whole circuit, and was successful in turning many from darkness to light; the salvation of souls being the chief aim of his preaching. During the forty-five years of his service, as a local preacher he made “full proof of his ministry.”

In 1870 he removed from Berkshire into the Aberdare Circuit, which at that time was very wide. He did a great deal to strengthen the position of our Church in this mining centre, especially in connection with our Aberaman Church, for which he was treasurer for twenty years. It can be said truly of him, “He was a brother beloved.” The circuit elected him for twelve years in succession, as its Circuit Steward. He enjoyed close fellowship with God, was intensely fond of the means of grace, and during his long and painful affliction was often saying how he longed for the courts of God’s house. His services as a preacher for special occasions were often sought by other denominations, whose interests he served with great credit to himself and his own Church. While a faithful reprover of wrong he was also a peacemaker, often healing wounds and reconciling offended persons. He was a most sympathetic visitor of the sick. As a workman he was highly esteemed, holding a responsible place for years under the Aberaman Colliery Company, and he was greatly esteemed for his industry, kindness and honesty.

He was a true friend to the ministers, as proved by testimonies borne by many former ministers of the circuit. He represented the circuit several times at district meetings, and was delegate to a few Conferences. He bore his last affliction with exemplary resignation and patience for nearly three years, and often testified to the comforting and sustaining power of grace and the preciousness of an ever present Saviour, and when he died it was not a leap into the dark, but a passage into ineffable light and glory.

He was interred in Aberdare Cemetery on December 24th, amid hundreds of sorrowing friends. The service was conducted by the writer and the chaplain of the Foresters’ Lodge.

On Jan. 8th, 1905, when the writer preached his funeral sermon to a crowded congregation in Llantghewey Street Tabernacle, there was a rich influence realised. The choir sang “Vital Spark,” and the organist played the “Dead March ” with marked effect.

May we all meet our brother “where the surges cease to roll,” is the prayer of his co-worker in holy toil.

George was born to parents Thomas, a whiting manufacturer, and Ann.