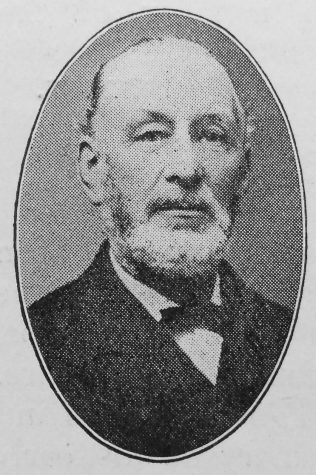 Transcription of obituary published in the Primitive Methodist Magazine by M.P. Pearce

His parents were loyal and devoted Primitive Methodists. His mother was a class leader. He joined the church of his parents and became a local preacher on the Leek Circuit. For twelve years he travelled this wide circuit, his joy to do his Master’s will.

He removed to Newcastle-under-Lyme and served our church there for five years.

From Newcastle he removed to Macclesfield where he did splendid service as teacher of an adult Bible class, Society steward and class leader, in addition to bis preaching. He came to Birmingham nineteen years ago and joined Gooch Street, Birmingham I. Station. Coming to live in Handsworth he joined New Street, Aston, Birmingham II. Circuit. Here he served as Society steward and President of the Pleasant Wednesday Evening.

The New Street Society has lost a personality which had a distinct place and one difficult to fill. The circuit has lost an outstanding figure. He would up to the last take his full complement of work and nothing would daunt him from taking his appointments.

Mr. Cope was a good Methodist preacher, who revelled in camp meetings and prayer meetings, which he had a special gift for leading.

Our brother was translated June 18th, 1908, and was laid to rest June 22nd in Handsworth Old Churchyard. A memorial service was conducted in the Church, New Street, by Revs. James Barnes and M.P. Pearce.

Our brother passed into the joy of his Lord, but he has left behind to mourn his loss a sorrowing widow, two daughters, the elder the wife of Rev. F. Mosley, of Knaresborough, and two sons. We earnestly pray that they may receive Divine consolation and support.

Henry was born on 18 February 1840 at Ipstones, Staffordshire, to parents John Cope, who worked the land, and Mary Ann Ratcliffe.

He married Harriet Wheelton (b1846) on 30 May 1867 at Chelford, Cheshire. Census returns identify six children.