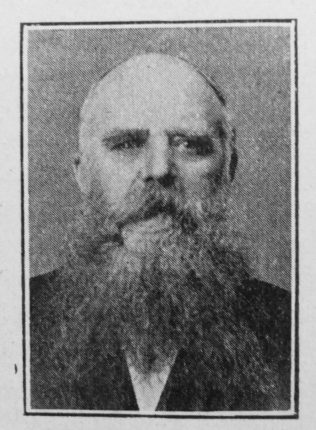 Transcription of Obituary in the Primitive Methodist Magazine by Enoch Shepherd

Manchester Tenth Circuit has suffered at great loss by the death of Mr. John Cunningham, which took place on August 7th, 1904, in his sixth-seventh year.

Mr. Cunningham was a true child of Primitive Methodism. His father and mother were highly respected and devoted members of the Saul Street Society, Preston. Thither he was taken when a child. While still a youth he was induced to consecrate his life to Jesus Christ and His Church. Having a good voice and being extremely fond of singing, he was asked to join the choir at Saul Street. To the last the memory of those early years spent, in the choir were precious to him.

For forty-seven years he was a local preacher. The journeys were long and lonely in the Preston Circuit, but he could always be relied upon to take his appointments. He was especially fond of open-air mission work. Camp-meeting days were anticipated by him with great pleasure. He threw himself into the work with much fervour. In the love feast and prayer meeting he found his crowning joy. As a class leader he greatly excelled. He was never a “half-timer.” In this he was well trained. When a boy at home he went with five other members of the family two miles to Sunday school, and he had to be there at nine o‘clock. Then home to dinner, and back to school for two o’clock; home to tea, and back for service at six o’clock: thus walking Sunday by Sunday twelve miles – and this was done winter and summer.

The exigencies of his occupation led to his removal from several places, but wherever he went he was loyal to his own Church. He was proud of her history, devoted to her interest, and found his chief joy in her service. Citizenship to him was a sacred trust. Like the ancient prophets of Israel, he was an ardent politician. For some time he was a member of Eccles Town Council.

He took a general interest in Christian work. He was a good organiser. His enthusiasm for work could not be quenched. Blessed with a healthy and strong constitution, he scarcely knew what sickness was until some fifteen months before his death. But during these months he suffered greatly. Yet during this time he undertook to assist in working the Barton Mission, and week days and Sundays he was found doing his best right till the last.

A few days before his death he was greatly blessed. He clasped his hands, and gave glory to God for His mercy, grace, and full salvation. He said, “All is well, I am quite ready. There is no fear. The Lord is with me.” Thus in the clear light, with the peace of God in his mind, and the joy of the Lord in his heart, our brother passed to be with Christ for ever.

John was born in 1837 at Preston, Lancashire, to parents Edward, a bread baker, and Isabella.