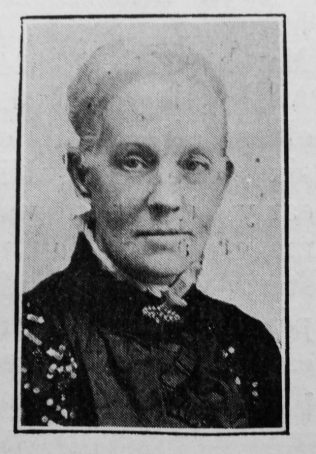 Transcription of Obituary in the Primitive Methodist Magazine by E. Alford

The late Mrs. Connell, wife of the Rev. R.R. Connell, was born at St. Hilliers, Jersey, in the year 1844. She was the daughter of Mr. and Mrs. Case, godly people, and Primitive Methodists, who brought her up in the nurture and fear of God. She attended the Aquila Road Sunday School, and in early days gave her heart to God, and consecrated her life to His service.

In 1867 she was married to Mr. Connell, and then together for nearly forty years they lived and laboured for Christ and His Church. Their stations comprised Peterborough, London Second, Guernsey, High Wycombe, Ramsgate, Luton, Tottenham, Kentish Town, Marylebone and North Bow.

Before leaving Marylebone it was seen that our sister’s work was done. Weakness, weariness, and pain followed; but there was patience, resignation, and a conquering faith. The end came on August 16th, 1906, in her sixty-second year. On the following Wednesday, the 22nd, her remains were conveyed to the Harrow Road Church, where a service was held in the presence of many friends, conducted by the Revs. W. Mincher, J.F. Porter, H. Carden, and an address given by the Rev. E. Alford. The interment took place at Paddington Cemetery.

The Rev. G.A. Lucas, of Oldham, says: “Her unfailing kindness, her meek disposition, her whole-souled devotion, endeared her to all who really knew her. Such knowledge was a benediction, and I am glad and thankful that privilege was mine.”

Our departed sister was a lover of God’s house, an earnest Christian, a successful worker, (especially at bazaars) for church buildings and debt reduction. She leaves behind seven children, three sons and four daughters. They are all members of our Church. May those left behind meet her in heaven.