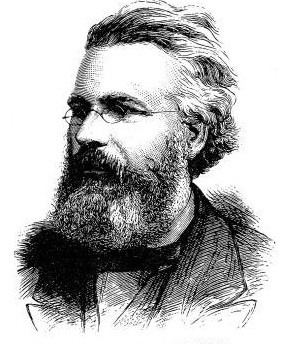 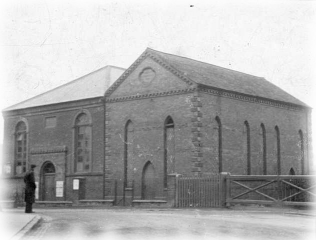 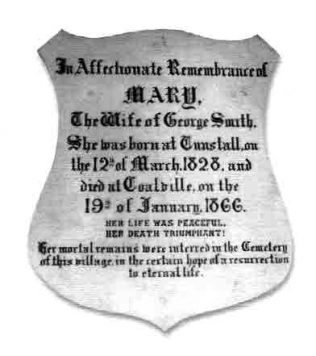 Born on 16th February 1831, he was the eldest child of William and Hannah, both Methodists, who attended the Wesleyan chapel in America Street Tunstall. Their home was in the appropriately named Clayhills with its vast reserves of clay which had given rise to the thriving brick and tile industry of which his father was part being employed in the local brickyard. Aged 4 George was enrolled in the Sunday School and Dame School of a Primitive Methodist, Betty Westwood, where he was taught the rudiments of reading and writing which were to stand him in good stead later. Aged 7 he was transferred from the innocence of school to the harsh reality of the treadmill of work in a local brickworks. Child labour in the brick and tile yards was extensive and the conditions appalling both physically and morally. The child workers of both sexes were subject to a harsh regime. George Smith himself told how at the age of 9 he was required to carry  40 lbs of clay from the pug mill to the moulders and in a day he could move 5 tons of it. On other occasions the work entailed carrying bricks from the moulding room to the kilns. For a day’s work of 13 hours he received sixpence.

And so, in later life, he campaigned relentlessly to improve conditions for the children in these yards. His reward came in 1871 with the enactment of an Act of Parliament providing for the inspection of brickyards and the regulation of child and female labour in them.

Not content to rest on his laurels, he then turned his attention to the atrocious conditions to which canal boat children were subject. His appeal to improve these was effectively launched at the 1874 Sunday School Anniversary of Moira Primitive Methodist chapel where he described the appalling circumstances in which they lived and the complete lack of education. Again, his efforts were rewarded. The Canal Boats Act 1878 was passed which required registration of canal boats in a place where there was a school and regulated sanitary conditions.

In view of the work done by him to improve the lot of the children of the clay works and canal boats (and later that of gypsy children) it would be easy to overlook his considerable achievements with local Sunday Schools. Following six days of exhausting work he did not rest on Sundays but attended the two services at the America Street chapel and as a scholar in the Sunday School later at the age of seventeen, as a teacher there. He married Mary Mayfield, a fellow teacher, and moved with her to Reapsmoor where he started a Wesleyan Sunday School before later moving to Coalville around 1859 and repeating the exercise. Within two years he had increased the number attending from six to over sixty. Sadly, he upset his teachers and, as a result, ceased to be superintendent but any void was soon filled because he was approached by the Primitive Methodists to become the superintendent of their Sunday School which position he readily accepted. He was joined by his father, William, and, with his help, the Sunday School flourished just as the others had. Other denominations were jealous amongst them the Anglicans from whom the Primitive Methodists rented the premises in which the Sunday School met and they terminated the tenancy. This resulted in about 180 scholars, the teachers and himself moving into the chapel itself and trying, with considerable difficulty, to manage among the pews.

Purpose built schoolrooms were a necessity and every effort was made by George Smith to ensure that they were built. A large financial contribution was obtained from the Whitwick Colliery Company towards the cost of erecting some and, on 8th August 1865, George Smith, as superintendent, had the honour of laying the foundation stone with the silver trowel with which he had been presented. This he did, we are told, in “a workmanlike manner” before placing a £5 note on the stone. The schoolrooms were substantial and two storeys high with direct access to the adjoining chapel and gallery. He continued with his Sunday School work until he reluctantly gave it up in 1874.

He later moved to Crick. George Smith of Coalville (as he referred to himself) died there on 21st June 1895 and it is said children thronged round the grave throwing white flowers onto the coffin until it was covered by them as they paid their own tribute to the man who was also known as “the children’s friend”.