Born at Brierly Hill, converted at Quarry Bank, and a member for 30 years at Camp Street, Wednesbury 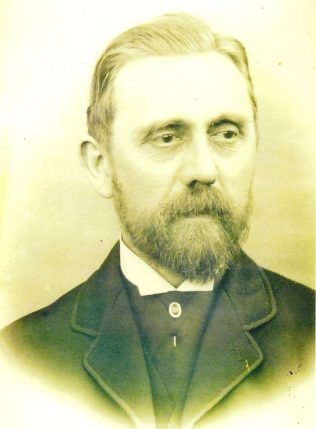 Henry Skidmore started work in the coal mines at the age of six. He was converted at a Primitive Methodist mission at Quarry Bank, and joined the society there.  When work was scarce, the family moved to Wednesbury, in August 1853.  The Chapel sent the family off with a hamper of provisions to last two weeks, as ‘in going among strangers you do not know what you may want’.

This information comes from a fascinating memoir (transcribed below) written by his son Henry.

‘The subject of this brief Memoir was born at Amblecote near Brierly Hill, in the year 1811. He enjoyed few if any educational advantages, the lack of which proved detrimental to him in after life. At the age of 6 years he commenced to work in the coal mines, and at that time the work of colliery boys was little better than slavery, yet notwithstanding the disadvantageous circumstances by which he was surrounded, he was early in life the subject of serious and religious impressions.

When the Primitive Methodists first visited and missioned Brierly Hill and Quarry Bank, the Spirit of God through their instrumentality worked powerfully in his soul, convincing him of sin, of righteousness and of judgment. He yielded to the striving of the Spirit, ventured his soul on the atonement, and through faith obtained pardon to the joy of his soul, and in telling of his conversion he would often say, ‘soon as my all I ventured on the atoning blood his Holy Spirit entered and I was born of God’. Soon as the divine change was wrought in him he felt the necessity of identifying himself with the friends who had been instrumental in bringing him to Jesus. He therefore said of them, ‘this people shall be my people, and their God shall be my God’. He was received among them joyfully.

A Sunday School was started at Quarry Bank in which he laboured to the best of his ability. He was very soon made a prayer leader and then a class leader, which office he fulfilled to the satisfaction and spiritual advantage of the church, and especially of the members of his own Class. His house was always open to preachers whether lay or itinerant, and he always seemed happy at home in company with the children of God. Being of a retiring disposition, he many times refused the higher places in the Church, choosing rather (as he used to say) ‘being little and unknown, prized and loved by God alone’.

From his conversion he pursued the even tenor of his way amongst the friends at Quarry Bank until August 1853, when slackness of trade in that district caused him to move his family to Wednesbury. His removal and welfare were made a matter of special prayer, and the members of his family recollect even now how the friends came to say goodbye, and showed their sympathy and respect for him in a homely, but substantial manner, saying as they brought a large parcel and a hamper, ‘here is provision for the family for two weeks, it will be needful, for in going among strangers you do not know what you may want’.

In August 1853, being 32 years of age, he joined Camp Street Society and from that time was a very regular attendant at all the means of grace, and although a man of few words, his life and conduct was such as became a Christian. It has been truthfully said of him, although he had not much to say, ‘He hath done what he could’.

During his 50 years of religious experience he was never known to murmer or complain at the dealings of God towards him. When the subject of severe trial he would say, ‘Lord help me’, and when he was known to be in deep sorrow he has often sung

‘Other refuge have I none
Hangs my helpless soul on thee
Leave, Oh leave me not alone,
Still support and comfort me.’

On three separate occasions he used a very commonplace expression, yet it was full of meaning. The first time was when returning from the burial of his youngest son, aged 13 years. When looking at the faces of his sons who were with him he said, ‘Oh it is hard’, and again when returning from the burial of his wife he looked at his family and said ‘Oh it is hard’, and a very short time before he died he looked at his daughter (while she was attending him) and said, ‘Oh it is hard’. For the last two years of his life his health began to fail and he suffered much from a cough, which hindered him from attending the services in the sanctuary, yet the Bible was his constant companion, and he held sweet and continual intercourse with his Saviour. When talking with him about his friends of former years, he would say, ‘Oh but there is a friend that sticketh closer than a brother, and this is my beloved, and this is my friend.’

Toward the close of his life he seemed to fail rapidly. Late on Wednesday evening January 10th 1883 it was with great difficulty he got to his bedroom. The next evening he was visited by Brother Samuel Fellows and he expressed to our family the pleasure the visit gave him, as he said I am not forgotten. He suffered much during Thursday night but did not complain, and on Friday morning January 12th 1883 in the 73rd year of his age, he died as he had lived a Christian.

‘A prisoner long detained below
He is now with freedom blest
Was welcomed from a world of woe
And welcomed to a land of rest.’

Let me die the death of the righteous, and let my last end be like his.

The original Memoir is in the hands of his descendants.

More about the family can be found in Linda Moffat, Skidmore Families of the Black Country & Birmingham 1600-1900.