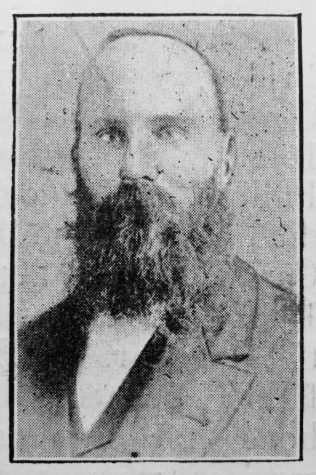 Transcription of Obituary in the Primitive Methodist Magazine by P.W.

The death of Mr. George Sant, February 16th, 1906, is a severe loss to our Middlewich Society, Sandbach Station. Converted in 1856 when a mere youth, he commenced work in the Sunday School, and for forty-nine years toiled to bring the young to Christ. For forty-five years a local preacher he was ever welcome in our pulpits, and has tramped with bleeding feet rather than miss an appointment. He rendered good service also as Society steward, class leader and treasurer.

As a citizen he was greatly beloved and highly respected. A staunch Liberal, a Passive Resister, first member and secretary of the Rechabite Society, and associated with the old Local Board, the Burial Board, and the Technical Education Committee, he so served his fellows that it was said on his death, “A good man has gone, and who will fill his place,” and on his grave among other tributes was one bearing the inscription, “A Friend of the Friendless.” His home life was beautiful, and his wife, son, and three daughters are all connected with our Church.

After a brief affliction he passed away suddenly in the 65th year of his age. Deputations from the Circuit and from various public bodies were among the crowded congregation at the funeral service which was conducted by the Rev. W.J. Kirkland, who also officiated at the memorial service

“O may we tread the sacred road,
Which holy saints and martyrs trod:
Wage to the end the glorious strife,
And win like them a crown of life.”

George was born in 1841 at Warmingham, Cheshire, to parents Abraham and Jane. Abraham has a varied career. In 1851 he is described as a carpenter, ten years later he is a grocer and provision merchant, and in 1871 a farmer.

He married Mary Barnard (1842-1930) in the summer of 1875 at Middlewich, Cheshire. Census returns identify four children.