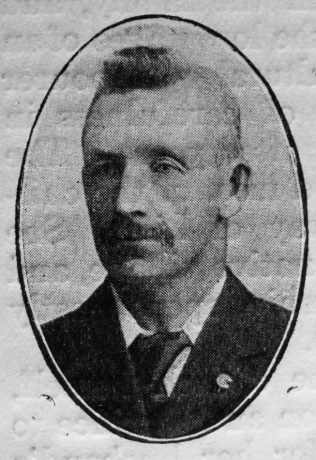 Mr. J. Stratford was born on July 28th, 1857, at Bishopston, Wilts. He became a member of our church at about eighteen years of age, and soon became a local preacher and filled the post acceptably for thirty years. As a preacher he excelled and was in request for special services in the Circuit and District. He held his appointments as a sacred trust and took them faithfully. He took a lively interest in the work of the Connexion and served on the District Committee, and once went as delegate to Conference. Nor was his worth unrecognised outside the church. He served on the Board of Guardians and District Council for some time, did good work and was much esteemed by his colleagues.

In the building of our school church at Upper Stratton, he took a very practical part. It was the one wish of his heart to take a service in the new building but he was too weak to do so. During his illness, which lasted twelve months, it was a great trial that he could not take his pulpit work. Both in the church and outside it great sympathy was shown to him and all hoped for his recovery, but on Sunday December 20th, 1907, he became much worse and showed signs of the coming change.

His devoted wife remained with him the whole day reading his favourite hymns and portions of Scripture. The passage our departed brother referred to especially was, “I will be a Father to the fatherless and a Husband to the widow.” The funeral took place on December 29th. A memorial service was held in the Baptist Church, Upper Strathes, the minister of the circuit and Rev. A.J. Chessum taking part. A large number of officials and members attended, showing deep sympathy with the bereaved family.

Joseph was born on 28 July 1857 at Bishopston, Wiltshire, to parents Charles, who worked the land, and Priscilla.