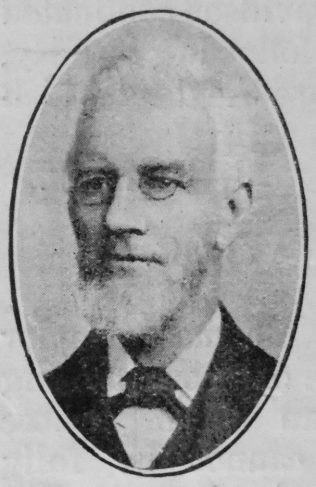 Born at Dewsbury, September 27th, 1839, Mr. Joe Sharpe was left, through his mother’s death, to the care of his father, a trust sadly neglected. When still young Joe set out to earn his living, and came ultimately to Sheffield. Here he found work and a wife. Through the instrumentality of the Hallelujah Band they were converted. Later they were led to attend our Hereford Street Mission, which afterwards became the John Street Church, in the erection of which our friend was deeply interested. He toiled at digging the foundations and became a trustee. He gratuitously discharged the duty of chapel cleaning to save expense. He became assistant society steward and retained the office to the end of his life.

Henry Adams was his class leader, counsellor and friend. A lover of his fellowmen Joe Sharpe had no greater joy than to give a lift to a pilgrim in distress, and some thus helped are in good positions to-day, freely acknowledging their indebtedness to him. With the noblest motives he gave himself to business with too generous an abandon, and had to pay the price in prolonged suffering. But God was with him in the furnace, and though sometimes he had grave questionings as to his lot he was able to say, “It is all right.”

As he neared the end the proximity of a brighter world was a glorious fact. Christ was a living reality, and by Him our brother conquered, entering into eternal joy on Sabbath morning, March 1st, 1908. Many friends assembled on the day of his interment. A largely attended memorial service was held on Sunday evening, March 15th, conducted by the writer. The widow has the sympathy and prayers of the whole church.

Joe was born on 27 September 1839 at Dewsbury, Yorkshire, to parents Thomas, a tailor, and Elizabeth. he was baptised on 24 May 1840 at All Saints, Dewsbury.

Joe followed his father as a tailor.

Note: Elizabeth’s maiden name was either Berresford or Bramley. Can anyone point me in the right direction?