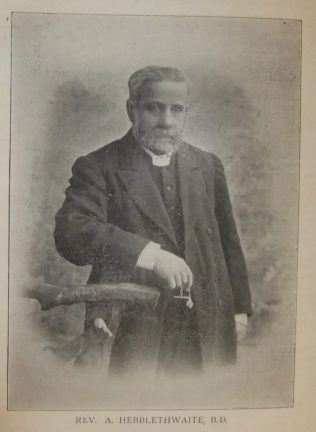 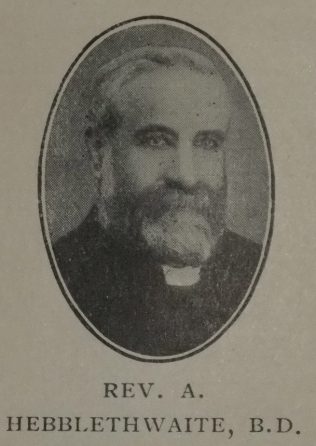 Albert was born on 26 June 1840 at Wooldale, nr Huddersfield, Yorkshire, to parents John and Ruth. John was a lime and coal agent in 1861.

Albert worked as a woollen warper before entering the ministry.

Albert became a follower of Jesus early in life and was a most acceptable local preacher before his seventeenth birthday. Though much pressed, he did not obey the call to ministry until he was twenty-three.

It often fell to Albert to provide for the needy poor. Whilst at Workington there was a stoppage at the Iron works. During his last twenty-eight weeks there, William provided 20,000 free meals and distributed large sums of money. He also played a large part in the relief of hundreds of families of miners in the Wigan circuit during a coal stoppage. Whilst at Wells next Sea, there was a terrible lifeboat disaster and Albert again led the way in raising funds for those who were left destitute.

His wide reading made him an interesting preacher, vivacious, forceful and attractive. He always saw the bright side of life, and easily brushed aside difficulties that would have discouraged other men.

Albert cared little for the business side of church life. Committees and detailed administration were irksome to him; but he liked the pen and loved the arena of controversy and debate.

Albert received the degree of B.D. from the University of St Louis (USA) in 1880 in recognition of his aptitude for writing.

The tongue is the worst and best of everything

The importance of little things

A reply to Mr. Robert Blatchford’s ‘What I believe’