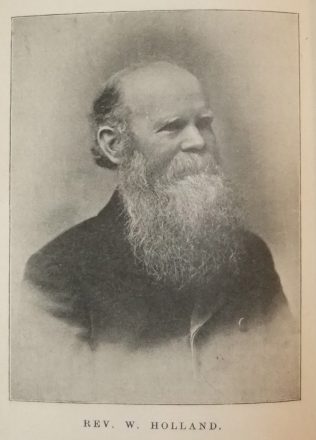 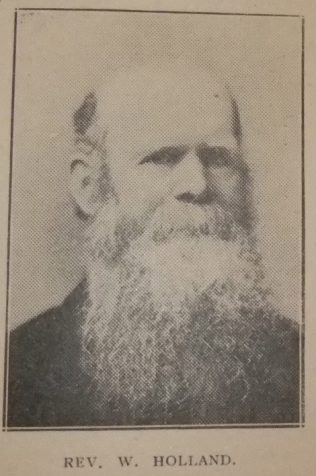 William was born on 11 December 1840 at Lineal, Shropshire to parents Joseph and Anne. Joseph worked the land.

William was converted at the age of seventeen. A few months later his name appeared on the plan.

On removing to Liverpool, he served the third circuit as a class-leader and choirmaster as well as local preacher.

William was one of the first six missionaries to Africa. He went out to the West African field on a total of four occasions. On the second occasion at St Isabel, William had difficulties with the Spanish Governor who issued a writ banishing him from the island with 48 hours notice. On return to England, William was able to see the Foreign Secretary. Prompt communications with the Government in Madrid, resulted in the way being cleared for William to return.

William has served on probationers and Candidates Examining Committees and as a District Building Committee Secretary.

His obituary records that as a preacher he was evangelical in doctrine and evangelistic in method.