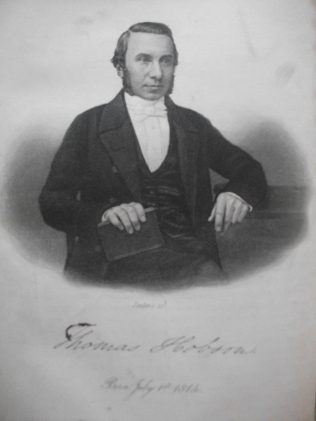 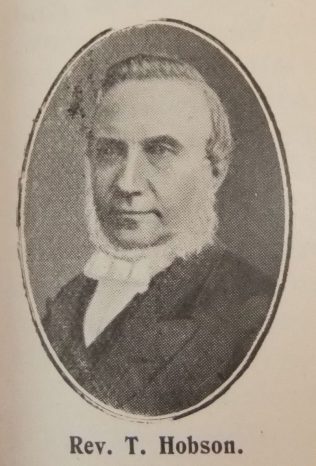 Thomas was born on 1 July 1814 at Louth, Lincolnshire. His parents were Primitive Methodists. His father died when Thomas was 5. His mother was a class leader at Louth.

Thomas was converted aged 15 and started immediately to teach in Sunday School. He became a local preacher at the age of 18.

Thomas’ first appointment was to mission Buxton and Chelmorton in Derbyshire. Kendall reports that he, like others before him, had mixed success.

During his ministry, Thomas superintended the erection of 15 chapels, 2 schoolrooms and one minister’s house.

His obituary records that as a preacher he was very attractive. he was a complete master of illustration and rhetoric, and was very popular in his palmy days, and much sought after for anniversaries and special services.

Thomas died on 9 May 1901 at Stroud, Gloucestershire.