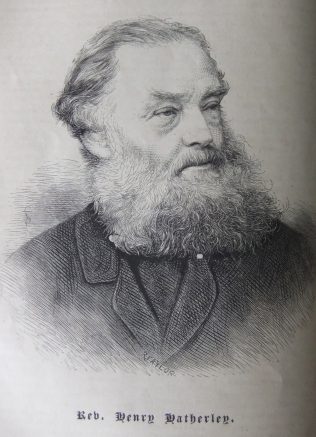 Henry was born on 5 November 1829 at Sheffield, Yorkshire. His father was a corporal in the Royal Marines who settled in Sheffield after discharge and died when Henry was four. His mother moved to Leeds, where Henry was brought up.

When Henry was in his teens, his employers sent him to Otley to manage a branch of the business. The 1851 records Henry lodging in Otley, Yorkshire working as a Mach Ruler (in book-binding). It was in Otley that Henry joined the primitive Methodists. He had previously been a Wesleyan class leader. Henry had also been active in the Temperance cause before his conversion in August 1849.

Henry’s health broke down whilst he was at Malton and he had to superannuate in 1875. He recovered sufficiently to become active again in 1878. His health failed again at Oxford and he retired to Norfolk.

His obituary records that he was remarkably successful as an evangelist, especially during the earlier part of his ministry; large numbers of persons being converted to God through his intensely earnest appeals. He felt a particular interest in the young.