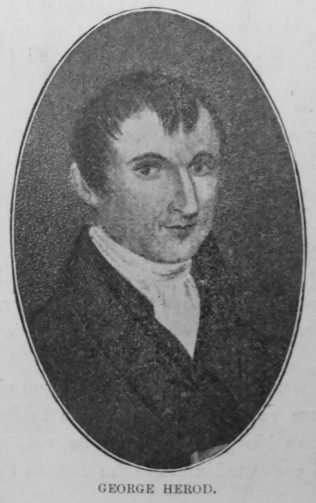 “In prayer, he was powerful; his preaching abilities were acceptable; his style was clear, impressive, varied, and practical. The matter of his sermons was always important, naturally arranged, and delivered with energy. He was remarkable for promptitude, indefatigable industry, and indomitable firmness. There was intrepidity about all his movements, and a restlessness in trying to improve some part of the machinery, in order to move more effectually the great work with which he stood identified. His understanding was more quick than profound; his natural temper was sanguine and confident; he possessed good moral principles, truth in the inward parts, and unbending integrity. When he lacked patience with an opponent, he sometimes got foes in business meetings. But whatever infirmity he laboured under, he was a laborious, unwearied, and successful missionary and minister.”

I have attached an extract from George’s Journal dated 1822 which was published in the Primitive Methodist Magazine.