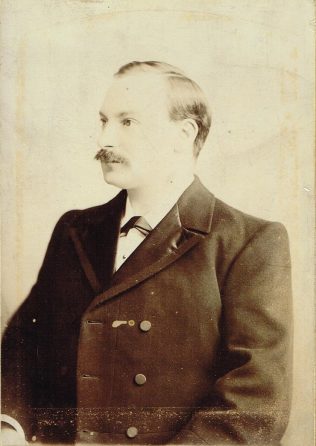 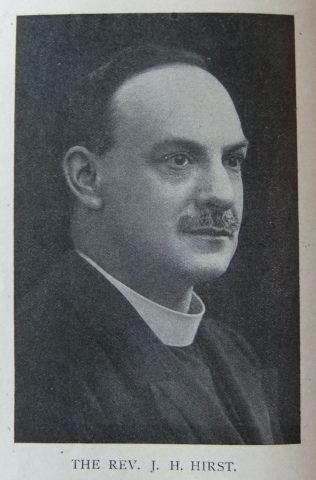 John was born in 1871 at Shirland, Derbyshire, to parents John Henry Hirst and Jane Longden. John, senior, a draper and grocer, was a local preacher for over sixty-four years. The paternal grandfather was Rev John Hirst.

John’s home church was at Clay Cross, Derbyshire. From the pulpit of that church some thirteen members of John’s family had preached by the time of his death.

John served as secretary for the Boys’ and Girls’ Life Brigade movement in the PM Church.

John went to prison on ten occasions for conscience sake as a Passive Resistor.

During WW1, John did service as chaplain under the United Army and Navy Board, more especially in hospital wards.

John became General Missionary Secretary in 1923, a year in advance of the separation, for administrative purposes, of African and Home departments. John had taken the opportunity to concentrate on the work abroad by visiting both the Nigerian and Fernandian fields before taking up office. During his term of office he witnessed phenomenal progress, especially in Nigeria. His enthusiasm and unsparing care and toil won the esteem and affection of the missionaries in the field and also of the people of the Churches at home.

John was also a strong advocate for Methodist Union.