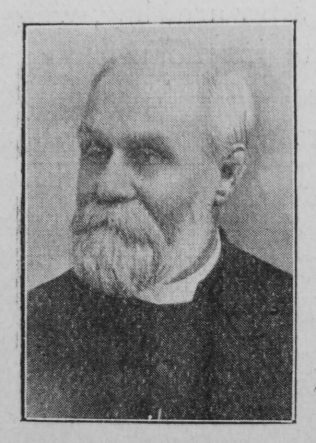 Transcription of Obituary in the Primitive Methodist Magazine by John Leach

The Rev. Stewart Hooson was born at Halifax in the County of Yorkshire on December 27th, 1832, and by his life and character, spirit and conduct proved himself one of the many worthy sons of that great county. He was robust, candid, social, benevolent, painstaking and successful. Religiously he was free from any taint of the sacerdotal and formal, but strong in his admiration for and cultivation of purity, self-sacrifice and toil. Like numbers of others who have done honour to the Church and service to their country he attributed the formative influences of his life to the sterling qualities of his parents and chiefly to his mother. His father was a Chartist, and this fact gave colour to the political conceptions and practices of our friend. He became a stalwart radical and supporter of the Peace Society and the Liberation Society. War, in his judgment, could not be justified, and State Churchism was inimical to the freedom of conscience. Labour questions had his unqualified support. When the great movement known as the Agricultural Labourers’ movement was initiated in February, 1872, Mr. Hooson was located in Leamington, and Mr. Joseph Arch was one of the local preachers on the circuit. In the following July he removed to Hungerford Circuit, one of the greatest centres of the movement. How much Mr. Hooson had to do with the initiation and development of that great institution it would be difficult to say.

His mother was a fervent and earnest Christian, and sought to instil into his mind a love of the good, the spiritual, and the beneficent in life. To her he attributed his decision to enter upon a Christian life while yet young. He joined the Church when seventeen years old, and at the same time began to exercise his gifts in the Sabbath School, and also became a candidate for the Local Preacher’s Plan. In this capacity, he was eminently successful. At the age of twenty-three he was recommended for the ministry and two openings were presented to him, Leeds and Witney. His choice of the latter place can only be amounted for on the ground of his high sense of duty and the leading of the Holy Spirit. Leeds Circuit was near his home and fairly compact, while the Witney Circuit was exceptionally large, and in addition to long journeys, small congregations, etc., the salary would be small and somewhat difficult to secure. During the two years and nine months he was in the Witney Circuit his salary averaged about 8s. 6d. per week, yet no regret ever possessed him for having preferred that circuit to Leeds. He had as superintend the Rev. Thomas Cummin, a man “mighty in the word and doctrine,” and as a colleague the Rev. Daniel Harding, with whom the closest friendship was retained throughout life.

He subsequently travelled upon the following circuits: Leamington (twice), Rugby, Winchester, Cirencester (twice), Faringdon, Hungerford (five years), Brinkworth, Motcombe, Southampton, Salisbury and Eastleigh (six years). Whenever overtures were made to him to leave the district he would shake his head and say he would stick to the old district. Although Eastleigh was within the bounds of the district, he felt it keenly, when having consented to open this new mission he found himself cut off from the district courts. His former Colleagues and friends continued to regard him as one of themselves, and he retained his connection with the Brinkworth District Ministers’ Association, which he did much to establish and sustain. As a superintendent he was loved by his colleagues, since he treated them as brothers if not as sons. In 1872 the writer began his ministry with him and will never forget the encouragements and warm friendship shown to a beginner.

In administration he managed his circuits well, and won the confidence of the officials. The building or renovation of chapels was a work of delight to him; on his last station, despite his age, he erected a new chapel. He occupied secretarial positions of district committees and district meetings, was President of the same, was twice G.C.D., and four times represented the district in Conference. In 1891 he was a delegate to the Ecumenical Conference at Washington, U.S.A. His ministry was a truly broad one. While giving supremacy to the distinctive idea of preaching for souls, he held that questions commonly regarded as political, social, philanthropic, etc. should be regarded by religious men as religious questions, and as such he sought, to promote them.

Besides being Radical in politics he was a fine temperance advocate, non-smoker, anti-vaccinator and vegetarian. He signed a pledge to be a teetotaller for 999 years, with a promise, if needs be, to renew it at the expiration of that time. Every kind of temperance organisation had his support. During his residence in Faringdon he with others was summoned for obstruction in connection with a meeting of the U.K. Alliance.

In 1901, after forty-five years of an arduous ministry he was superannuated and elected to remain at Eastleigh and assist his successor in the work. He viewed with alarm the Education Bill of 1902 and resolved to use his voice against it. ln October, 1902, he consented to visit villages in the radius of Witney and Faringdon circuits, and conduct a campaign against the Act. This proved almost his last work, but the success of it is seen to this day. For some years he was a member of the Eastleigh School Board, and he was indignant at Lord Salishury’s mandate, “Capture the Board Schools.” Had he lived a little longer the Passive Resistance movement would have found in him a warm adherent, and the motto so oft applied to the drink would have been used in this work, “War to the knife and the knife to the hilt.”

Few men have left a more useful record. The Rev. D. Harding says: “I knew Mr. Hooson from the outset of his ministry, forty years since. We were in close sympathy during those many years. He did a good work in his day, his was not the work of an hireling, but that of a true and faithful witness for the truth.”

The Rev. G. Litten says: “I had been in the ministry but a single year when it was my pleasure to have the Rev. S. Hooson as my superintendent, and again nine years later. I had thus every opportunity of forming a judgment of his character and knowing his real worth, and in all I knew of him as a Christian man and fellow-worker, I can speak of him in the highest terms. I learned to love him. Few men have so impressed me.”

He was twice married. In the first instance to Miss Gillett of Kilkenny, Oxon, a woman of rare intelligence, and possessing a passion to have her sons well educated. Stewart Hooson, BA. (Headmaster of Quinton College) and John G. Hooson, B.Sc. (Assistant Inspector of H.M. Education Department) are worthy exhibitions, and many a colleague of her husband’s was benefited thereby.

In the second instance he married Miss Humphries of Wootton Bassett, and again was highly favoured in marriage. There are seven sons and three daughters, and all speak with faultless voice of their father’s life. Besides the two sons named there is one (Rev. G. Hooson), in our ministry.

On August 6th, 1903, he passed into the heaven life he had lived for, and the rest he deserved for his toil on earth. Four days after the ascension of the spirit the sacred dust was entombed in the Eastleigh cemetery. Many of his old colleagues and co-workers were present. The Rev. E. Jones conducted the services. Revs. R. Bryant (representing the General Committee), J. Herridge and J. Leach took part.

Stewart was baptised on 31 March 1833 at Illingworth Moor Wesleyan Chapel, Yorkshire. His parents were James, a weaver, and Sarah.