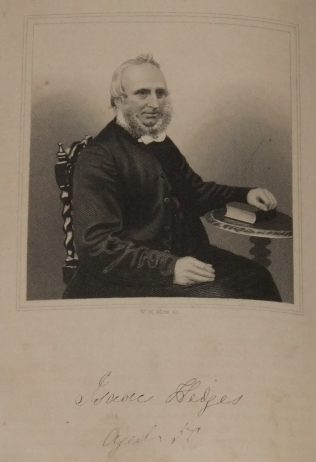 Kendall records that Isaac “started for Heaven” at a service in a gravel pit at Hoe Benham in 1830. The preacher was Thomas Russell and Isaac joined the Primitive Methodists very much against his parent’s wishes.

His obituary records that Isaac was trained in the hardship of apostolic simplicity for he received his first class ticket under a hedge and the first sacremental service was in God’s temple beneath a tree.

On 16 July 1844, Isaac was preaching in the open-air at Ambrosdon, a small village about two and a half miles from Bicester, when he was apprehended by a constable, conveyed to Bicester and confined there till the next day, when he was brought before the magistrate under a charge of blocking up a public foot-path. The fact was that he had stood to preach in front of a wheelwright’s shop to a congregation of only five persons, and the spot where he stood was above 17 feet from the middle of the road. When the case was finally heard, along with another accusation of blocking a path in Bicester, the constables grossly over-estimated the number in the congregation. Despite a vigorous defence, Isaac was fined 15s, and when he refused to pay it, they sentenced him to 21 days hard labour. The two magistrates were a local vicar and a surgeon.

J Petty, The History of the Primitive Methodist Connexion, 1880, p447

Note: Isaac is not found in the 1861 census; there may be additional children between Isaac and Albert.