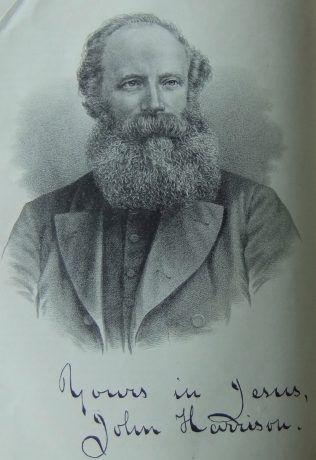 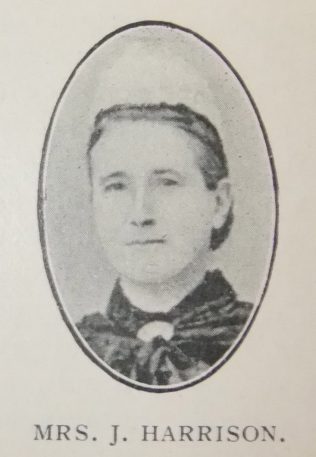 John was born on 23 May 1836 at Norton, nr Malton, Yorkshire to parents Thomas Harrison and Sarah Loccock. John was baptised on 12 June 1836 at Norton by Malton. Both parents were devout Christians.

John was converted in June 1853 and joined the Primitive Methodist Society at Malton. A year later his name appeared on the plan and he laboured as a local preacher until April 1859.

Whilst in Scotland, John learned to read Greek and Hebrew scriptures.

His obituary records that as a preacher, John was evangelical, and was a familiar figure in the homes of the people.

In his will, he left the residue of his estate to assist worthy students in their college days.

John’s wife, Christiana, supported his ministry serving as a class leader for 50 years and local preacher for 43 years.