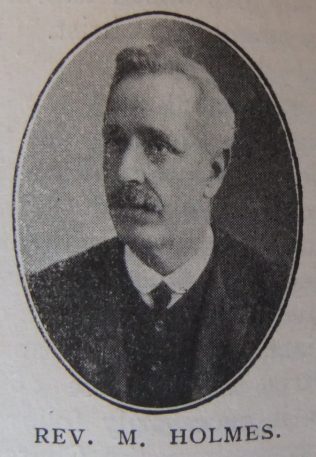 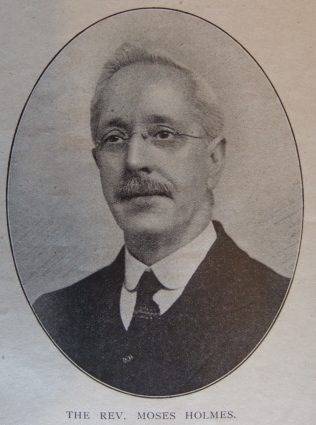 Moses was born in 1872 at Little Hulton, nr Walkden, Lancashire, to parents Benjamin and Mary. Benjamin was a miner. Mary died when Moses was quite young.

Moses was converted when seventeen years of age. Called to preaching, he accompanied Mr. W Hall. After serving at Lincoln and Buxton as a hired local preacher, Moses entered Hartley College in 1896.

Moses succeeded Rev G E Wiles at Fernando Po. Domestic circumstances prevented a return to Africa, but his advocacy of missions continued to be keen and effective. He made Africa his hobby.

Moses served as Missionary Secretary in the Sheffield District.

Ill-health compelled his retirement in 1938.

His obituary records that Moses was modest and kindly in disposition, sane in judgement, tactful in handling men and affairs, and did sound and abiding work.