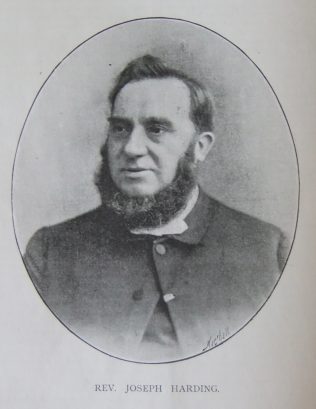 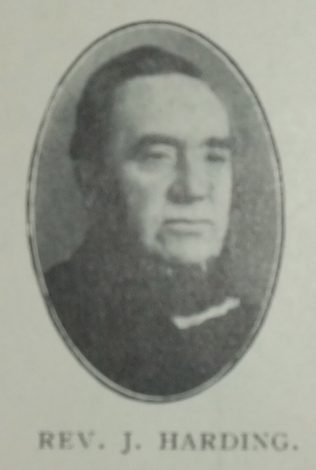 Joseph was born in 1837 at Melksham to parents William and Sarah. William was a weaver. His parents were Wesleyan Methodists and Joseph attended the Wesley Sunday School.

Joseph was educated at the British School and in due course became a pupil teacher. He gained a Queen’s Scholarship and passed through Borough Rd Training College. Joseph was engaged by Right Hon H A Bruce MP, later Lord Aberdare, as second master in Duffryn Schools, Mountain Ash. Whilst there, Joseph was converted and at the end of his three year appointment entered the ministry.

Joseph’s preaching method was to carefully prepare his outline, but not writing to length of delivery, the unwritten portion being thought out, he entered the pulpit deriving inspiration from his theme and the fervour of his hearers. He was what the Americans called a ‘live’ preacher.

Throughout his ministry Joseph preached 12,000 sermons from 2510 texts. His message was always intensely positive. He had a splendid voice of great flexibility and rich quality. Allied with musical knowledge, Joseph was able to vary his sermons with solos and interludes.

Joseph paid strict attention to the pastoral side of the minister’s work, ably supported by his wife.

He was not a great chapel builder, but worked hard at debt reduction. He had a repertoire of some 40 lectures, which were delivered 600 times and raised hundreds of pounds for Trust and other funds.

After superannuation Joseph settled in Bath. He took oversight of a new cause at Oldfield Park until ill health forced him to cease in 1909.

Joseph was strenuous in his temperance advocacy.