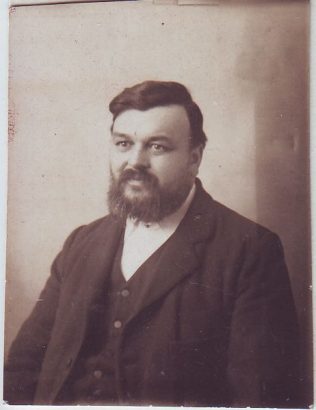 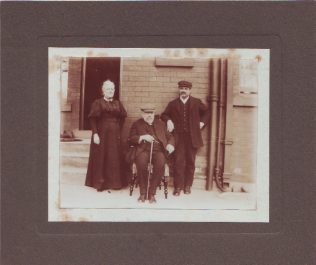 Famous as an evangelist throughout Yorkshire and beyond, Tom Wilson had ‘a fine physique, a powerful voice, an active mind and a vivid imagination’.

He teamed up with another evangelist, and together they were known as “Happy Isaac” and “Gypsy Tom”. They were soon in great demand, and ‘went like a flame of fire through Driffield, Selby, Pocklington, North Cave, Grimsby and other circuits in East Yorkshire and North Lincolnshire.’ They attracted thousands of people, and hundreds were converted and gave their lives to Christ. ‘Opposition and persecution were not unknown’ but they did this work for several years.

Then Tom Wilson was asked by Benjamin Walmsley of Leeds to come and work at the Brudenell Road Mission and Walmsley Orphan Homes in Leeds. He worked there for 15 years, and for much of that time was in charge of both the mission and the orphanage. Eventually he left to return to full time work as an evangelist, receiving ‘flattering testimonials from the members of the mission, and also from Mr Walmsley.’  In his will, Benjamin Walmsley left a legacy to ‘my friend Thomas Wilson’.

He was a member and local preacher in the Leeds 1 Circuit, where he preached when not away conducting evangelistic services. From 1920 -1923 he had a special ministry at the Bourne Church, preaching three or four Sundays there in every quarter ‘with great acceptance and success’. He was a very popular preacher, and clearly practiced what he preached as it was said of him ‘the man and message harmonise’, and ‘many bless the day they heard “Gypsy Tom”.

He was ‘cheered and encouraged by the gracious lady who has been his helpmeet and home-maker through the arduous years’, and his greatest wish was to be able to go to Canada, to see his ‘beloved daughter’ who had made her home there.