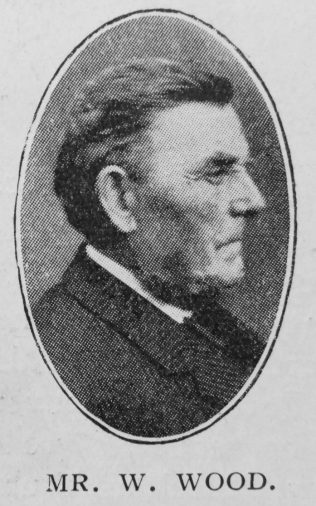 Our Church at Masbro’, Rotherham II. Circuit, has lost another of its stalwart members and officials by the death of Mr. William Wood on Nov. 11th, 1911. He was born at Middle Rasen, Lincolnshire, in 1839. In youth he gave himself to the Saviour and joined our Church, and for more than fifty years was a most active worker in the cause of Jesus Christ.

He was a Local Preacher for some years, and whilst living at Sprotbro’ the preaching services were held in his house. About forty-one years ago he removed to Rotherham, and joined our Society. A Trustee both of the old and new chapels, and also of our Handsworth property, he was a most successful family visitor, and even when on his business would be often requested to visit and pray with persons who were about to pass away. He placed a high estimate on religious duties, and his work was continuous until he was stricken down by the accident which caused his death.