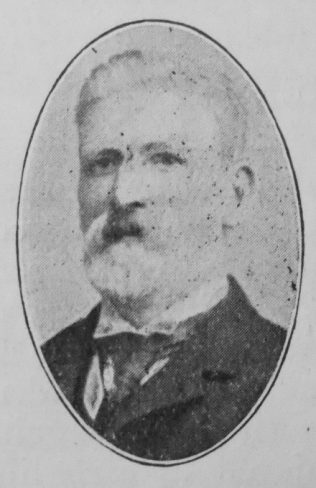 Transcription of obituary published in the Primitive Methodist Magazine by J.C. Kilvington

Mr. Thomas Wilson was born in the beautiful parish of Holme Eden, February, 1840. He came of humble parents, and was the youngest of four brothers, all of whom have now crossed the river.

In a country smithy Thomas acquired the rudiments of his trade, and on their completion became a servant of the North Eastern Railway Company, in whose employ he served faithfully for forty-eight years.

He became a member of Cecil Street Church, Carlisle, in 1860, and through stress and storm never wavered in his loyalty and attachment to the church. A man of quiet demeanour, not at all demonstrative, he nevertheless enjoyed all the various means of grace, the condition of his soul being self-evident in the radiance of his countenance. His kindly disposition found practical outlet in his everyday life. Many since his death have openly testified to his private benefactions, and will miss his timely visit on Christmas morn. One of his last gifts to the church was a donation to the Centenary Fund, handed over in his characteristic fashion. No one was to be any the wiser save the officials.

For many years he officiated as society steward, and it is safe to state that in this capacity he saved the church by his ingenuity and skill many pounds. As a trustee he faithfully carried out his duties, and was instrumental along with the late Mr. Henry Miller in securing a donation of £100 by which the church at that time was freed from debt.

Our brother was looking forward to a period of well-earned rest from his daily toil, but it was not to be; the rest was that which is laid up for the people of God. He took ill on the night of April 4th, and for weeks suffered great pain, until in the presence of his devoted wife, daughter, and two of our local preachers he passed from this life to the life eternal.

Mr. Matthew Brown, a life-long friend of our late brother, improved his death in our Cecil Street Church, and paid many tributes to his memory. It was a service that brought heaven near to earth, and made us feel that after all our departed ones are not far from us but “just within the veil.”

Thomas was born in February 1840 at Holme Eden, nr Carlisle, Cumberland, to parents John, a stable Groom (1851), and Elizabeth.