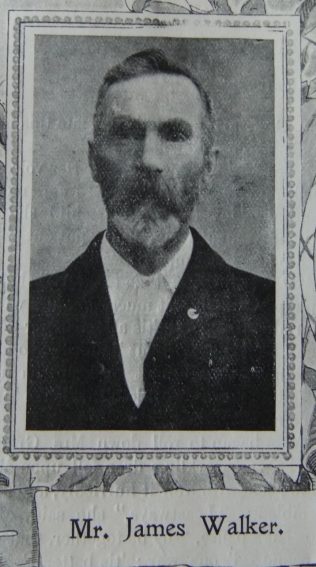 The Brompton Station steward is sixty years old. His case is of striking psychological interest to ministers and Christian workers. It was in 1894 he identified himself with our church as a member. Years preceding this date, his zeal, self-sacrifice, and indefatigable labours for the success of Gilkes Street, Middlesbrough, equalled most, and excelled many, of the best workers. The prosperity of that church was his meat and drink. Through a combination of circumstances he was advanced in life before becoming a member. Since then he has filled prominent places. He has been a class-leader four years; circuit steward ten years, a choirmaster thirteen years, and has represented his circuits at District Meeting. Optimistic and genial, with considerable personal charm he has attraction for young people. Christian Endeavourism has his warmest sympathies; he is also a life long abstainer. By diligence in business he has made a competence and lives in retirement at Northallerton.

I have not been able to identify John Walker in census returns. Can anyone point me in the right direction?