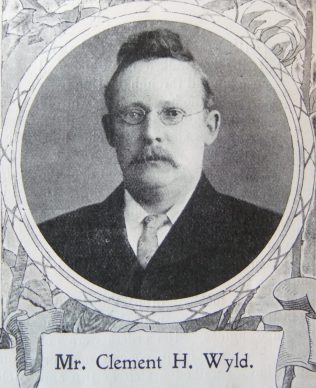 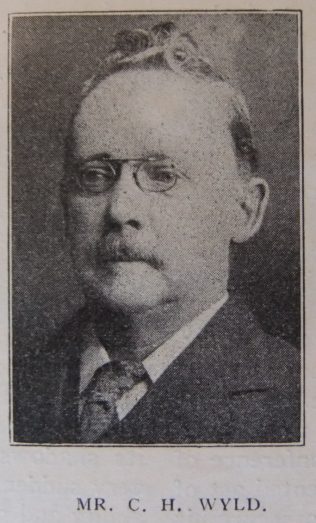 Mr. Clement H Wyld, the chancellor of West Hartlepool Circuit, owes much to Primitive Methodism, and is constantly striving to discharge the debt. Though born in South Africa, where his father served as school teacher, his earliest recollections are of Grimsby and its earnest Methodism. To that town and those influences he owes his religious standing and his excellent wife, whose hearty co-operation enables him to do so much for the church of his choice. In many capacities in the P.M. Church he has won distinction. He fills many positions in the church, and the duties of each are honourably and successfully performed. His is a local preacher, Sunday School superintendent, choir master, class leader, trust treasurer, circuit steward and secretary of the Darlington and Stockton Local Preachers’ Training Committee. His class is the largest and best attended in the circuit, conducted on old-fashioned lines, and has recently furnished the circuit with four acceptable local preachers.

Clement was born abt 1864 at British Kaffraria (Cape Colony), South Africa, to parents Samuel and Elizabeth. Samuel was a schoolteacher. On returning from South Africa the family spent some time in Burnley, Samuel’s birthplace, before moving to Grimsby.

In Grimsby, Clement attended Garibaldi Street Sunday School, and joined the Bethel Society. He won a teaching scholarship for three years in succession to the Royal College of Science, London.

Census returns give the following occupations for Clement.

For eleven years Clement was the honorary secretary of the local Association of the National Union of Teachers, and was twice elected its President.

As a preacher, his sermons were fresh, and full of nerve, and he gripped his audience by his sentencious phrase, rich fertility of illustration, a deep vein of that “holy tender something called sympathy,” and a never failing presentation of the cross.

For fifteen years, up to the time of his death, Clement was Connexional Lay Secretary.