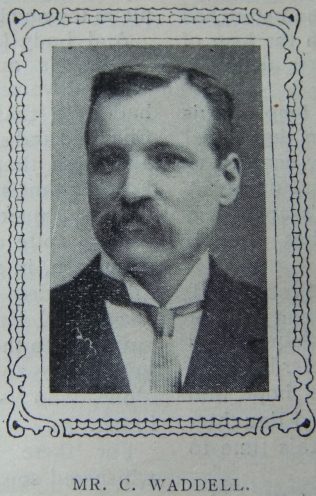 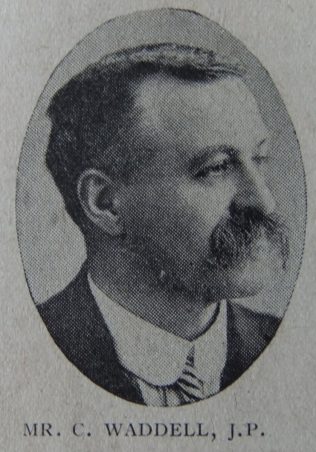 MR. CRANSTON WADDELL is a native of Otterburn, Northumberland. His father was the well-known William Waddell, and his mother a descendant of the Border Armstrongs.

Converted thirty-four years ago, he has been a local preacher thirty-three years, a Class leader twenty-nine years and a diligent Society steward most of the time.

In 1881 business extension called him to Cumberland, when he threw in his lot with Great Corby Society, where we had been holding services in a small rented room for thirty years. Largely due to his efforts and that of the late John Wilson, a chapel was built in 1889.

In the course of time business demands called his attention from Corby to Warwick Bridge where he secured the extensive Spinning Mills. For sixty years there had been a Society at this place which, fallen into decadence, was taken off the plan. Mr. Waddell fitted up a portion of his factory as a mission room, and a great work was done. During the ministry of Rev. W. Watson  – in 1908 – a handsome chapel was built at a cost of £800. This was largely due also to the enterprise of the subject of this sketch.

Mr. Waddell is a life-long abstainer, President of the local Temperance Society, and Chairman of Wetheral Liberal Association.

He is as energetic in business matters as in church work. The firm is noted for its famous “Cumberland Home Spun Tweed” which is known and worn in high places. Mr. Waddell has not been without his sorrow. Eighteen years ago his wife died. Her beautiful Christian character is still fragrant. He found a solace in caring for his mother who died two years ago at the ripe age of ninety.

Cranston was born in 1857 to parents William Waddell and Ann Armstrong. William was a woollen manufacturer.

Cranston followed his father as a mill owner setting up his business in Cumberland. His obituary records that he became a county magistrate.