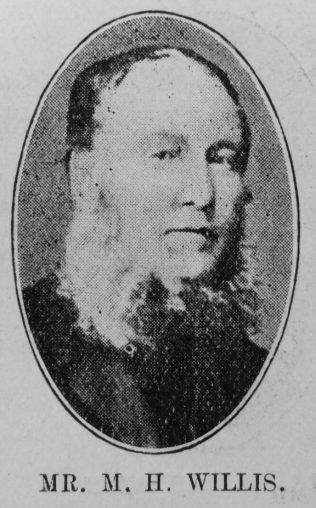 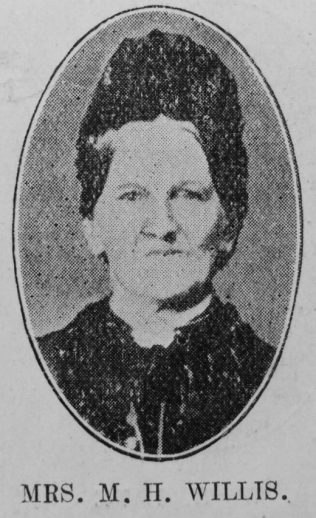 Transcription of Obituary published in the Primitive Methodist Magazine by J.F.

In the demise of Mr. and Mrs. M.H. Willis, Middleham Circuit lost two of its oldest and most faithful members. Mr. Willis was born at Thoralby, and for forty-three years served his church as society steward and Sunday School superintendent, giving generously of his time, energy, and money.

His genial and kindly disposition impressed all who came in contact with him and won for him many friends. He faithfully followed the injunction, “Speak. evil of no man.” Was quiet, unassuming, gentle, unselfish, honest, and upright in all his, dealings. He loved his church, and though, unable to attend the services for several months prior to his death, his interest did not diminish, and, he was delighted to hear of any success. His faith in God was strong, and concerning the future he had no doubt.

On November 11th, 1903, he passed away “to be with Jesus.” “Mark the perfect man and behold the upright, for the end of that man is peace.”

Mrs. Jane Willis, wife of Matthew H. Willis, was born at Londerry, near Bedale, but had resided in Thoralby for fifty years, during which time she was closely connected with our Society.

She had a gentle, quiet, retiring nature, but the fragrance of her beautiful life will remain, for her devotion to God was as ointment poured forth.

She was a very fine type of Christian; a true friend, faithful wife, and loving mother.

Her life shone brightest in the home, and her beautiful example is worthy of being copied by her children, for she opened her box of spikenard and shed its fragrance among them.

Though for a considerable time before her death she was unable to attend the means of grace,  owing to failing health, yet her faith and hope remained strong to the end. The writer visited her during her last illness, and though at times she suffered much pain, yet she manifested great patience and perfect submission to the Divine Will. In the growing weakness of body the consolation of God’s Divine presence abounded, and her soul was kept in perfect peace. She retained consciousness to the last, and some of her final words were, ‘‘Come, sweet Jesus!”

As the Angel of Death hovered round she repeated, “What is this that steals across my frame. Is it death? If this be death I soon shall be from every pain and sorrow free; I shall the King of Glory see; all is well,” and passed peacefully home to heaven, March 20th, 1907, at the age of seventy-four years.

Mr. and Mrs. Willis were tenderly nursed by their children, who spared no pains to fill their days and nights with comfort. Their home was a real Bethany to our ministers whether lay. or itinerant, and many will remember their generous hospitality.

May the holy lives of the father and mother inspire courage and devotion in the sons and daughters who are left behind.

Matthew was a blacksmith.

Jane was born in 1833 at Londerry, nr. Bedale, Yorkshire, to parents James, a stone mason, and Jane. She was baptised on 27 October 1833 at beadle.