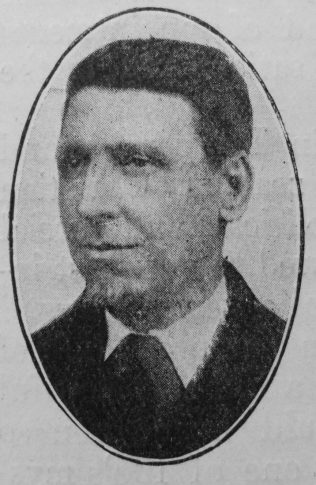 Transcription of obituary published in the Primitive Methodist Magazine by S.G. Delafield

Widnes Circuit and Frederick Street Church have lost a valuable worker by the passing of James Whorton in his seventy-second year. He was converted to God soon after his marriage at a cottage prayer meeting held in his own home, and from that time for a period of fifty years faithiully served the church on earth. Brother Whorton was a local preacher for forty-four years, and a class leader for forty-two years, first in Dudley, his native place, where he belonged to the Free Methodists, and for the last twenty-four years in Widnes, in connection with our own church.

He loved the work and delighted in preaching the Gospel and many are the tales he could tell of long tramps to distant appointments after a hard week’s work and the glorious recompense found in leading men and women to the Saviour. In his youth he received but a scant education, but he knew men, he loved his Saviour and he diligently read his Bible, and this proved sufficient equipment to enable him to present Christ as a living reality to his hearers.

He was a born class leader, and under his direction the class meeting was always a means of grace. He could always quote just the right passage of Scripture in response to a testimony. He visited his members, his class tickets were distributed and his class-money always ready at the leaders’ meeting.

For more than a year his health was failing, and on November 8th he entered triumphantly into rest. The last words he uttered, a few minutes before his soul took its flight were “Lord . . open arms.” In the arms of Love his soul is resting.

A memorial service was held at Frederick Street on Sunday evening November 17th, conducted by the minister, assisted by the Circuit local preachers.

James was born in 1835 at Dudley, Worcestershire, to parents Thomas and Elizabeth. He was baptised on 19 April 1835 at St Thomas, Dudley.