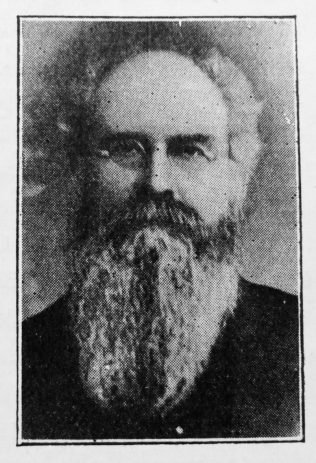 Transcription of Obituary in the Primitive Methodist Magazine by G Litten

A very prominent member in the person of Mr. John Welsh has been taken from our Church in Salisbury; one who for more than sixty years took an active part in promoting the work of God and general welfare of the people. He was converted in the village of Homington when a boy of ten years, and at once began to do something for the good of the cause. At the age of fifteen he was most active in the work, and in a time of great persecution he stood by our ministers and walked many miles to support them in their preaching engagements both indoors and out. He has been a great help in forming the Sunday School at Homington, and took an active part in the cause in every way.

He was a local preacher and class leader for some years, and on his removal to Salisbury joined at once our church in Fisherton, and when the church was built at St. Mark’s Road he became there one of its most active workers. His removal was somewhat sudden and unexpected. Although seventy-eight years of age he and Mrs. Welsh were seldom absent from their seat on the Sabbath, and though living a mile away they were among the most regular worshippers in the sanctuary.

He passed away very peacefully on Saturday, January 27th, and left the brightest testimony that he was going to be with Jesus; he was happy and triumphant in his death. A memorial service was conducted in our Fisherton Street Church, on Sunday, February 4th, by Rev. G. Litten, the text being 1 Cor. xv. 57, “Thanks be to God which giveth us the victory through our Lord Jesus Christ.” The church was well filled by a congregation met to show their appreciation and respect of the departed and sympathy with those left to mourn his loss.

John was born in 1828 at Combe Bissett, Wiltshire, to mother Sophia Welch. He was baptised on 19 April 1829 at Homington, Wiltshire.

Note: Records spell the surname Welch, not Welsh. His death record is in the name John Flower Welch.