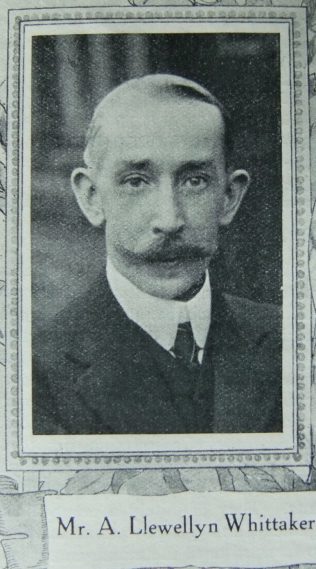 Mr. A.L. Whittaker, Steward of Halifax II., is son of the much esteemed Mrs. Whittaker and the late John Whittaker, one of the makers of Primitive Methodism in Halifax. He has come to the chief office of the Circuit early, being comparatively young. He has already, however rendered distinguished service as Sunday School Secretary for fourteen years, and as Trustee, Treasurer and Steward of Pye nest Church. He is a man of ideals and spacious horizons, of quiet but contagious enthusiasm, full of hospitality and of virile and well sustained purposes, genial and generous and an out and out Connexionalist. He is District Treasurer for the Orphanage Fund, and a useful member of the Connexional Orphanage Committee. He is an ardent Liberal and Chairman of the Kingston Ward. Higher civic and connexional honours await him. May his bow long abide in strength!

Arthur was born abt 1871 at Halifax, Yorkshire, to parents John and Mary Ann. John was a baker.

Arthur became an Alderman and was Mayor of Halifax in 1927/8. He also served as a J.P.